The Shame of the NEC 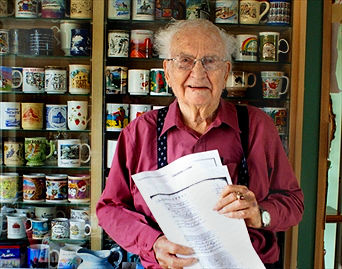 Just when you make the mistake that one of the most perplexing and disgusting chapters in the history of Premier McGuinty’s Liberal Government attacks on Ontario Citizens has been concluded, along comes a sign of clarification.

It all started with a surprise visit from the Niagara Escarpment Commission (NEC) in the form of an over-zealous NEC operative.

Over-zealous is an understatement! This guy put Victor Hugo’s Inspector Javert to shame!

Once he gained entry into the home of Jim and Beth Williams ostensibly on a concern over loads of dirt being imported to smooth out Flood damage on the William’s tree farm property, the Javert type character started picking apart everything he could find even items not related to the importing of dirt.

“He was really bullying us, saying ‘I want the truth’ and asking how long exactly things were here, boom, boom, boom. That’s what we had to deal with,” said Jim.


According to Williams, the enforcement officer had an extensive list of complaints during the visit. The officer also questioned the existence of a lumber mill and small boutique operated by Beth Williams. Both have been in operation on the property for several years. He also questioned the presence of a basement apartment, which the Williams said is un-rented and used only for the sake of a second kitchen.


“There’s an apartment downstairs, he’s unhappy about that. He looked in the window. We do process fire wood, and the logs, once they’re small enough we chop into firewood. And the boutique, he wasn’t happy about that,” said Williams.

Friends and neighbors were astounded by the tone and tenor of the NEC enforcement officer against an 88 year old Canadian WWII War Hero who was using common farm practice to make the land safe.

Folks rushed to the Williams’ property determined to protect Jim and Beth from any further mistreatment by the NEC or their bully boy.

Since the NEC was and is in the business of making sure that nothing and no one could alter the character of the escarpment it puzzled everyone as to why the NEC and their official was so hard on the Williams. The question became; what’s in it for the NAC or their bully boy?

Jim has his Land Patent Grant, which under a proper and legitimate government would have and should have protected the Williams. Under the Ontario Liberal Government as perpetrated by the ‘Queen of Corruption’ the Land Patent Grant holds about the same value as Toilet Paper making the Sovereign’s word equally worthless. 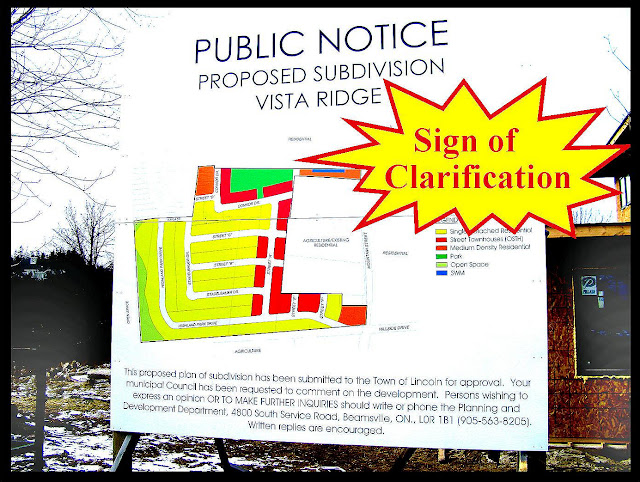 Startling would have to be the sudden appearance of the ‘Sign of Clarification’!

Posted by Niagara Winners Circle at 10:02