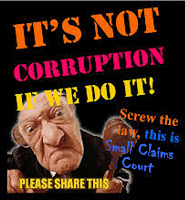 Leading up to the last municipal election the Citizens of Niagara came together to oust some of the most obviously corrupt and disgusting regimes.

.
Irate Citizens cleaned out the entire governing body of Pelham, Ontario; Demolished the sordid political corruption of Grimsby, Ontario; Eliminated the entire Board of Directors, Niagara Peninsula Conservation Authority; Hammered the Machiavellian know-it-alls of the Niagara Regional Regime and helped devastate the fortunes of the hated Kathleen Wynne Provincial Government.
https://newsalertniagara.blogspot.com/2018/11/a-study-in-elected-corruption-update-8.html
.
Unfortunately it appears that the corrupt regime of Fort Erie was somehow overlooked. It remains to be seen whether or not those that have been elected to serve the Town of Fort Erie are complicit in deceptive corruption. They certainly failed to respond to enquiries!
.
Just what can be expected from a municipality that spawned a lying perjurer CAO and his sordid miscreant posse' to the Niagara Regional Regime, not to mention their infamous regional representative Criminal Code Violator.
.
Kudos to Niagara this week's reporter, Richard Hutton for exposing the corruption of the Fort Erie Regime.
https://www.niagarathisweek.com/news-story/9658591-fort-erie-passes-shipping-containers-bylaw/
.
Richard Hutton's expose' of Fort Erie's rope-a-dope ethics clearly displayed the regime's propensity to hide, evade and corruptly abuse its Citizens.
.
As a courtesy 'News Alert Niagara' wasted its time by contacting each and every Fort Erie Politician before publishing. wredekop@forterie.ca; gmcdermott@forterie.ca; ndubanow@forterie.ca; kzanko@forterie.ca; mbutler@forterie.ca; dlubberts@forterie.ca; anoyes@forterie.ca; Tom.Innsinna@niagraregion.ca
.

While the whole world is actively and cleverly reusing 'steel shipping containers', the Town of Fort Erie Authorities foster a 'shipping container scheme' as a blatant attempt to mask their sordid effort to misuse our court system to  deprive an innocent Fort Erie Family of their right to their private property. 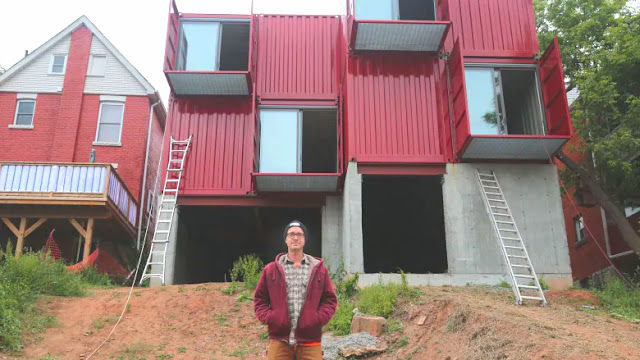 Click the LINK to learn how and why the Town of Fort Erie is trying to destroy the Favero Family (five times facing court on the same charge)
http://newsalertniagara.blogspot.com/2019/10/unjustified.html
.
In the face of authoritarian scheming, obstructive silence and government abuse, 'News Alert Niagara' does its best to sniff out the single greatest precursor to societal destruction...

Everyone, including the authorities of Fort Erie, are welcome to comment below... 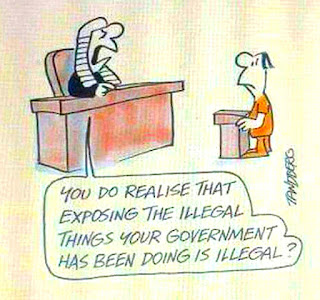 
Posted by Niagara Winners Circle at 08:10 No comments:

Some Fight - Some Fold

Governments which are 'too clever by half' are sparking serious friction between Machiavellian Leadership and their Citizens.
.
Sadly, Canada is no exception!
.
Predicated on Government conduct self-protection groups are forming by the dozen. In fact there are already over one hundred new organizations dedicated to preserving Canadian rights and freedoms.

MASSIVE FARM PROTEST IN THE NETHERLANDS 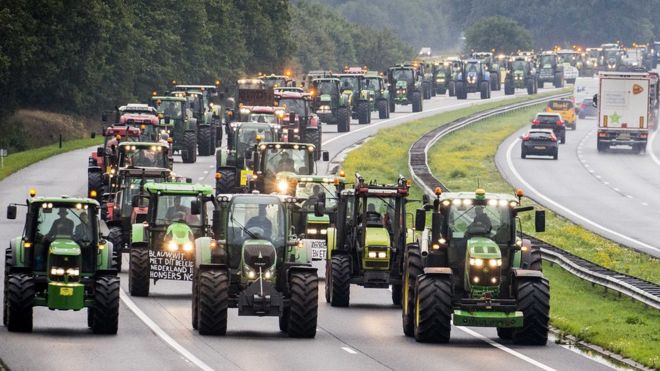 https://twitter.com/i/status/1179019548957261825
-There’s a massive protest happening in the Netherlands as thousands of farmers have driven their tractors to The Hague.    Apparently the Dutch government is blaming farmers for climate change.    Looks like the farmers may be getting their point across, because the convoy of tractors is 700 miles long.   The government there is calling for what they’ve labelled “inefficient” cattle farms to be shut down and for livestock production to be chopped by 50 percent.   Many of the tractors carried signs that said “No farmers–no food!”    The farmers say they’re being made out to be the bad guys, when no one is pointing to the aviation industry. 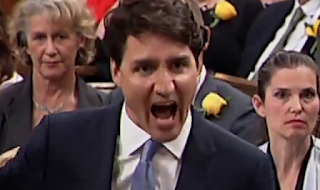 years in office? -$600,000,000 of taxpayers dollars for a so called bailout to media across the country including post media that received $5,551,000. http://www.cbc.ca/.../journalists-question-media-bailout... -
Justin Blocks RCMP after announcing start to election. https://www.theglobeandmail.com/.../article-why-the-rcmp.../ -
.
The Hijab cutting Hoax that Justin and other Liberals lectured Canada but no apology. https://torontosun.com/.../hijab-attack-claim-a-hoax... -

.
The murder of a 13 year Barnaby Chinese by a Syrian Refugee https://torontosun.com/.../malcolm-the-b-c-murder-and... -
.
Vancouver Pride Parade bans UBC and Vancouver Library for marching in the parade as a Transgender spoke out on "How Transgender Politics in school and society is undermining our freedom and harming women and children" and guess who participated was non other than Justin in the non inclusive and diverse event https://www.huffingtonpost.ca/.../ubc-banned-from... -
.
$9 Billion Aid to https://capforcanada.com/trudeau-commits-canada-to-9.../ -
.
He has gone carbon tax crazy https://torontosun.com/.../justin-trudeaus-carbon-tax... -
.
Broke his promiss to balance the budget by 2019. https://www.cbc.ca/.../trudeau-balance-budget-promise...
.
“What did Trudeau and the Libs do that’s so bad? - Introduce Islamophobia Motion M103.
-The minister of defense is guilty of public perjury, gross negligence causing a threat to national security and should be in jail. -
.
The minister of finance engaged in insider trading – should be a 10 year sentence.
.
-The minister of immigration actively and quietly attempted to remove protections of FGM (Female Genital Mutilation) from the Canadian citizenship guide, which HAD he succeeded would have provided a lawful excuse under current Canadian laws for practitioners of this crime on humanity to never face sentencing or punishment if they performed it here.
.
- He blew the Asia Pacific deal.
- He blew the helicopter deal with the Philippines.
- He blew the pipeline deal.
- He blew the deal with China.
- He blew the deal with Europe.
- He‘s screwed up immigration.
- The fiasco at our Southern border?
- At the G7 he pledged $400 Million to Education around the world along with another $180 Million to the Global Partnership for Education in Europe. None of it is going to fix our messed up school systems here at home. Meanwhile education costs are skyrocketing for our youth making university a mountain too high for many to climb.
-He pledged $241 Million to Family Planning around the world including a $20 Million donation to the Bill and Hillary Clinton Foundation (because they have integrity!). This all happened while he told vets that they were asking too much.
-He pledged $2.65 Billion to climate change at the Commonwealth Leaders Summit and now he is trying to bully the provinces into new taxes to pay for this pledge.
-He pledged $300 Million to the Rohingya Refugee crisis while we have a refugee crisis of our own flooding into Quebec that he won’t address.
-He pledged $125 Million to Caribbean Reconstruction while our own infrastructure in cities is falling apart.
- He pledged $650 million to Sexual and Reproductive health in Haiti and around the globe wanting safer abortions for woman while many women in our own country are left without a family doctor.
- He has pledged $50 million to Palestine for flood relief when NB had some of the worst flooding in decades this past spring.
-He pledged $840 million to Syria for Humanitarian Assistance when half the native reserves in our country don’t have clean drinking water.
-He gave $10.5 Million to a convicted…CONVICTED terrorist in a backroom deal that has lead to another $30.8 Million payed out for three other fellers who say they were wrongfully detained.
- And just recently he spent $4.5 Billion on a pipeline, and now the courts have ruled it shut down. Good investment for Canada he said.
- Pressured Jody Wilson Raybould repeatedly & INAPPROPRIATELY with several different high ranking officials to offer SNC Lavalin a DPA instead of prosecution for repeated & sustained corruption AFTER the former AG had determined they were ineligible for such a deal. Lied about the above having ever taken place.
- Replaces Canada’s old F-18s with Australia’s old F-18s.
Denny Rowley said he will keep posting this till the election because it should not be forgotten or hidden by the media.
News Alert Niagara agrees with Rowley to the point that we will also post until election.

The Line that cannot be crossed

The Supreme Court of Canada has informed police that there is a line that cannot be crossed.
https://nationalpost.com/opinion/christie-blatchford-justice-at-last-for-caledonia-man-arrested-for-carrying-a-canadian-flag#comments-area 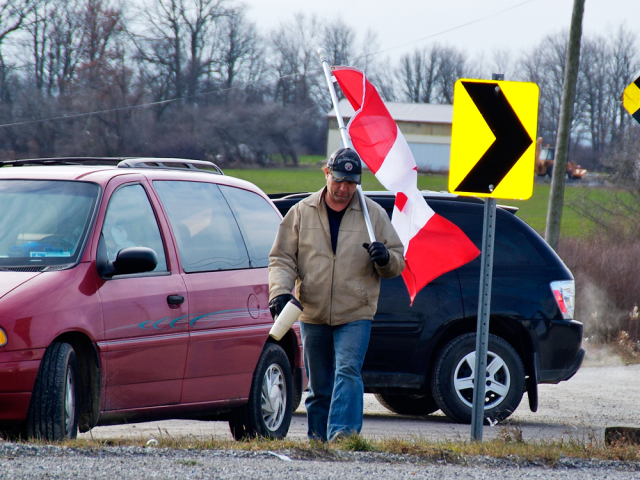 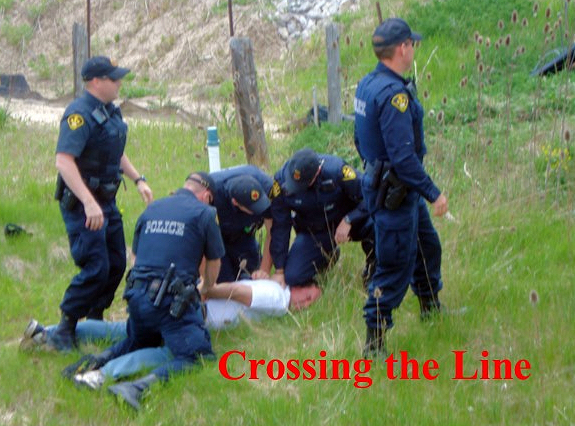 https://nationalpost.com/opinion/christie-blatchford-justice-at-last-for-caledonia-man-arrested-for-carrying-a-canadian-flag#comments-area
The message from the Supreme Court of Canada to police is "keep your hands off law abiding Canadian Citizens" and if you don't it could get very costly! 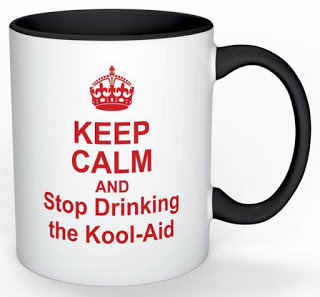