Convicted Criminals on our Police Force 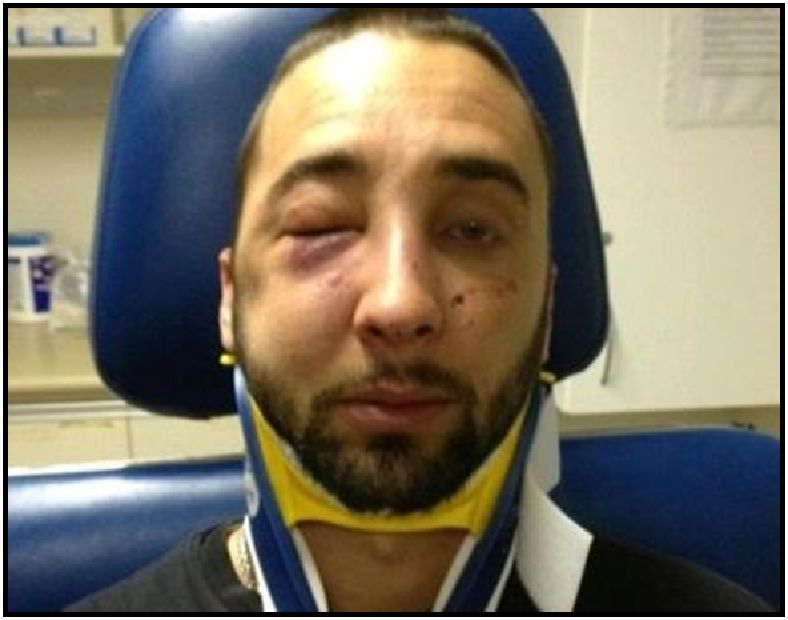 Question: Did victim Farkas use his camera to assault the police or did he first set it down?
Niagara Regional Police Inspector Brett Flynn, who presided over the Police Services Act disciplinary hearing, said he believes Zarafonitis has taken responsibility for his actions with guilty pleas to both the criminal and police act charges.
“I found his apologies to be both genuine and sincere,” Flynn said. “Having considered all the facts, I believe the penalty is appropriate. Is a penalty of the loss of 39 hours pay appropriate for near murder, broken head bones and broken ribs?
The question is: would NRP inspector Flynn find the same penalty appropriate if it had been little Micheal Farkas who criminally assaulted NRP officer Paul Zarafonitis to the extent of braking bones in the officer’s head and ribs.
So, just what is the message presiding officer Flynn, that this is the height of NRP public relations, or that this is an exorcise in morale building, or that the NRP harbours admitted, convicted and armed criminals and sets them loose on the public?
According to the Supreme Court of Canada it is a travesty of justice and improper that you should be in a position of adjudicating any case such as this!
See: http://www.stcatharinesstandard.ca/2013/04/18/supreme-court-decision-allows-notl-man-to-sue-nrp
This is not acceptable Officer Flynn and it is also not acceptable for the taxpayer to pick up the total tab of a Farkas lawsuit!
It is incumbent upon criminal Zarafonitis to pay no less than half of the settlement plus all cost.
In more civilized police jurisdictions Zarafonitis would be fired!
See: http://www.stcatharinesstandard.ca/2014/04/28/tennessee-policeman-fired-after-photos-show-him-choking-student#comment-1359890299 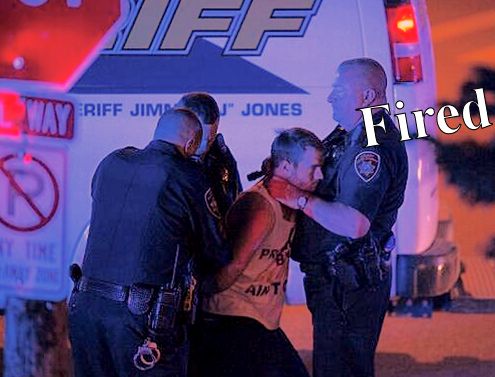 WHAT'S CHANGED?
The citizens of Niagara have enjoyed the services of the Niagara Regional Police force since its inception in 1971.
Regardless of union demands, faulty arbitration, and questionable behavior of a few, people still believe their NRPS is above reproach.
However there has been a discernible change among a relatively few NRPS officers. The public is becoming aware and concerned with those few NRPS officers that have decided that they have the right to become judge, jury and executioner when upholding the law and defending the public.
When did unlawful bully tactics creep into the sphere of proper police procedure? When did it become lawful for police to tazer a citizen’s crotch, to refuse medical care for the damage they have done to a suspect and just when did police decide that it is in their right to beat an innocent citizen to near death. And just where would we be if Victim Farkas had died?
Worse, even with the knowledge that the Supreme Court of Canada has ruled that police power to adjudicate its own unlawful, they still degrade the NRPS even further with paltry fines  and noticeable leniency for unacceptable conduct!
Predicated on ineffective penalties this problem will worsen. Its not just private citizens that must understand the consequences of their actions.
It is vitally important for our province's Police Services and Police Services Boards and their members to recognize that Ontario Citizens now have remedies beyond a hearing officer appointed by the Police Chief.
Thanks to a Supreme Court of Canada ruling, full impartiality has been established as citizens can now turn to the civil court to adjudicate alleged unacceptable police treatment and/or behavior. 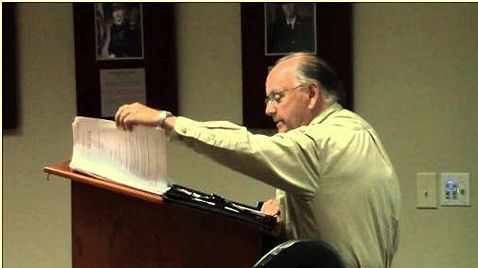 
My repeated question is:Are you saying that an admitted, convicted and armed violent criminal is allowed to be on our NRPS as a police officer and there is nothing that the police board or anyone else can do about it? 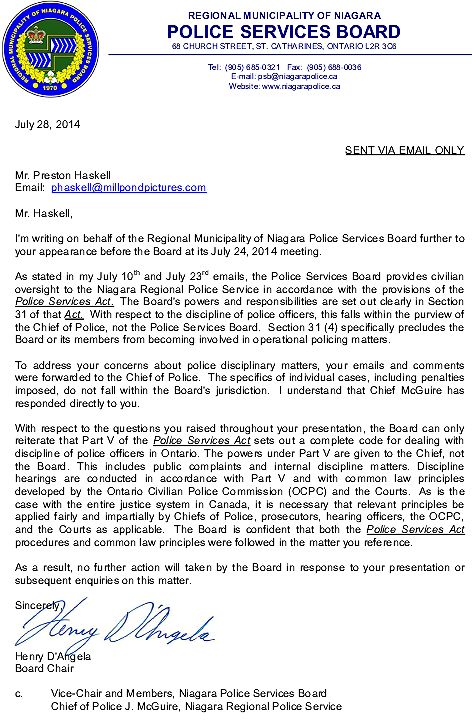 The Niagara Regional Police Service Board says that they have no authority to prevent a convicted and violent armed criminal from remaining on our police force.
It is apparent that the board does not even have the courage to speak out against this dangerous and threatening situation.
Therefore we decided to ask every authority we can find this one simple question...

Who do we see about the fact that we have admitted and convicted armed and dangerous criminals on our Niagara Regional Police force?
We asked the Ontario Police commission July 29,2014, who immediately referred us to the Office of the Independent Police Review Director (OIPRD), who quickly referred us to the Niagara Regional Police Services Board and said our question is duly noted.

MPP Jim Bradley also referred us to the Niagara Regional Police Services Board.

We asked All of the Niagara Regional Councillors the same question.

It's a distressing state of affairs when a regional councilor refuses to answer a simple question regarding convicted violent criminals on the NRP, yet immediately releases the content of a citizen's private communication to that same NRP!


So! We even asked our


We are still asking this very simple Question:
‘Who do we see about the fact that we have admitted and convicted armed and dangerous criminals on our Niagara Regional Police force?’
Regards,
Preston Haskell
Phone, Fax, E-mail or Mail Telephone toll free: 1-800-518-7901
Telephone Toronto: 416-326-2220
People who are hearing impaired may contact the ministry by Teletypewriter (TTY):
Teletypewriter (TTY) toll free:
1-877-425-0575
Teletypewriter (TTY) Toronto:
416-326-4012
Toll-free numbers
Fax: 416-326-4007
E-mail at attorneygeneral@ontario.ca
After four attempts to get an answer over several months we have been treated in bad faith and dishonor by their not replying at all!


On Apr 3, 2014, at 7:59 AM, "Preston Haskell" <phaskell@millpondpictures.com> wrote:
Gentlemen,
This is my second attempt at requesting the NRP version of the Zarafonitis/Farkas incident.
So far we only have the newspaper version of events.
Preston Haskell


I have not been able to find the e-magazine you are referring to, perhaps you can assist me with that.


The facts surrounding the outcome of both the criminal matter, and the Police Services Act disciplinary matter, that Police Constable Zarafanitis faced are public records and can be obtained through the court and the Tribunal.


The event was investigated by the Special Investigations Unit (SIU) an independent body mandated with the investigation of situations where persons have sustained a serious injury which may be attributed to a criminal act by a police officer.  The SIU commenced the criminal charge.


The penalty delivered in the criminal court was based on the agreed statement of facts from both the Crown Prosecutor and defence counsel for Constable Zarafonitis.  The learned trial Judge listened to and analyzed those facts as he is required to and after careful and thoughtful consideration he delivered what he determined to be the appropriate sentence.


Once the criminal matter was complete the Police Services Act (PSA) mandates that a disciplinary tribunal hear the PSA charges.  That also occurred and after an agreed statement of facts from the Prosecution and defence counsel was presented to the Hearing officer the disciplinary penalty was delivered.  The Hearing officer must take into consideration many factors, including similar precedent cases, often referred to as Case Law.


Constable Zarafonitis apologized for his actions at both the criminal court and the PSA tribunal.


I am certain that Constable Zarafonitis, myself, the NRPS and Mr. Farkas would have preferred the event did not unfold as it did.


As you are likely aware there is still an outstanding Civil case before the Courts so much further comment on the details of the case by myself or other members of the NRPS would not be appropriate at this time.


I hope this assists you.


I want to thank you for exposing your past response to me. Perhaps you think this is some sort of defense for your action to pardon and keep convicted and violent criminals on our Niagara Regional Police force.

I want you to know that I am the one who sent the confidential question to the Regional Councilors and only to the regional councilors.

So much for our Niagara Regional Government’s claim of integrity!

As to your April 3, 2014 response to my second attempt at a request for information from your Niagara Regional Police Force, I treated it with the contempt it deserved. To think that you could rattle off such a contemptuous letter in 52 minutes is stunning.

Your response is the reason that I decided to make a presentation before the police force board. Since you weren’t there you can listen to my presentation on this link: http://newsalertniagara.blogspot.ca/

Am I right to conclude that your April 3 email to me clearly states (TWICE) that the Crown Prosecutor and defense council came to an agreement? An agreement which resulted in a fine of a 39 hour pay deduction as a penalty for brutalizing an innocent citizen to near death?

Out of respect for your office I will ask you only once how you would react if the situation were reversed – if some violent criminal did to one of your/our police officers exactly what your convicted criminal did to Mr. Farkas?
No response!

Would you settle for the same cockamamie ‘learned’ deals and disrespectful penalties if the violent criminal simply apologized for brutalizing your/our officer to near death? No response!

Obviously there are those in high places who are losing sight of the meaning of the phrase, ‘an officer and a gentleman’!

I feel compelled to let you know that I feel that your action to pardon and keep a convicted, violent and armed criminal on our NRP is a situation which is destructive to public trust and seriously diminishes the community's expectation to fair and just service from your entire institution; therefore, the Police Board has no other option than to ask for your resignation forthwith or in the absence of your compliance, terminate you without ANY additional financial compensation (e.g. severance)."

Unlike the Toronto Police Board, who refused to renew the contract of their G20 police chief, our Chairman of the NRPSB Henry D'Angela, heaped high praise on NRP Chief Jeff McGuire and then extended Chief McGuire's contract for a further five years to the year 2020.

This situation is such that it leaves Niagara Citizens with only three options.
1. Terminate the feckless board members.
2. Vote against silent Regional Councilors
3. FIRE MCGUIRE, the police chief responsible for convicted, violent criminal police officers on our NRP. 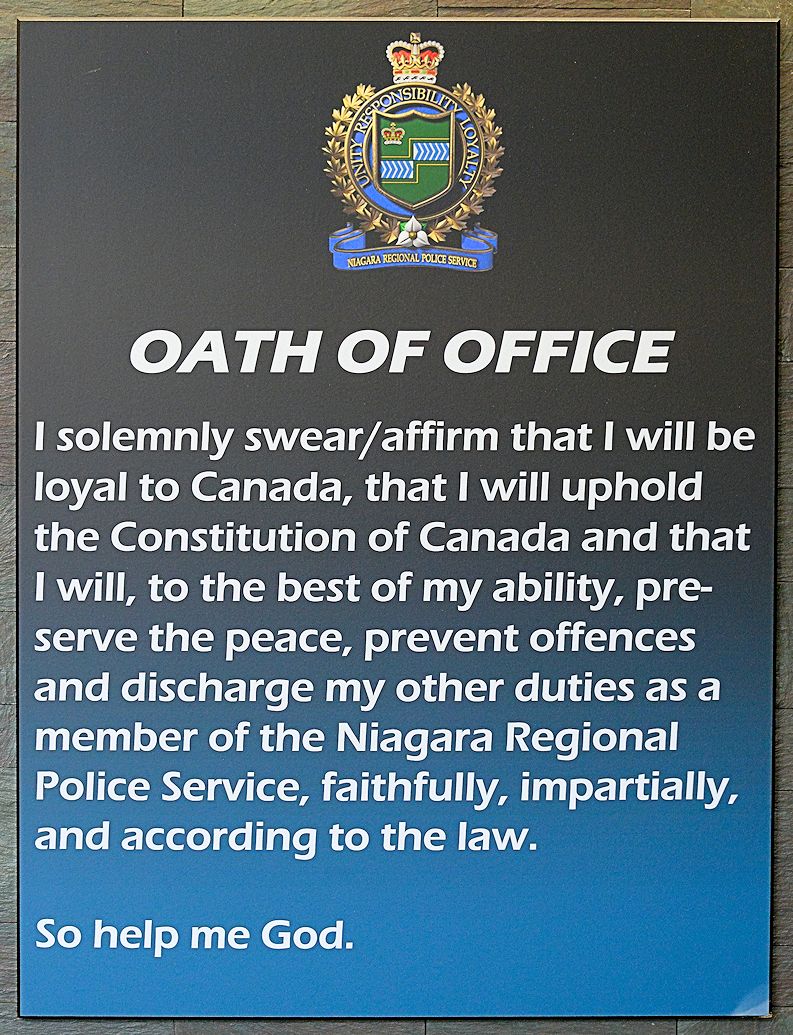 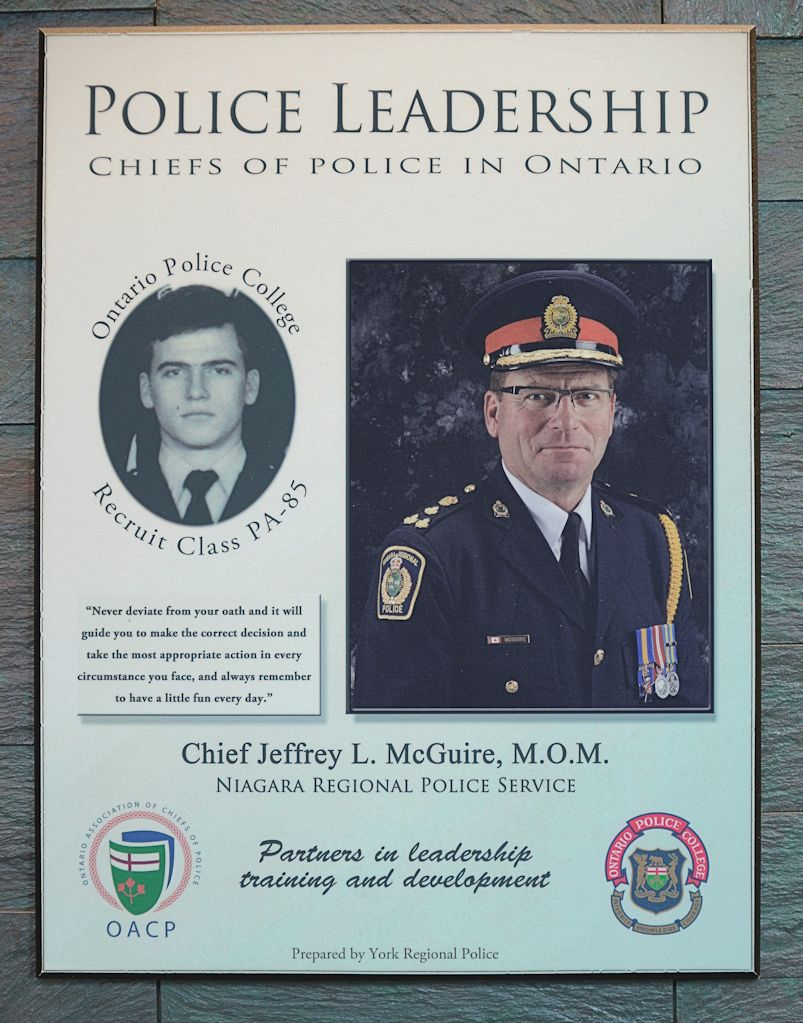 Effectively, the Supreme Court agreed that it is "unfair to allow a police discipline process controlled by the chief of police to protect the chief and his officers from civil action."

Who is 'Holding them accountable':
http://www.youtube.com/watch?v=7V3D-yk1Fuc&feature=youtube_gdata_player

Are we really getting our Moneys Worth?

Is there something wrong with at least getting a quote for Niagara's policing needs from the Ontario Provincial Police (O.P.P.)

Proposed new Billboard
Thanks for your support... Please Click HERE

When was there a civilian so fired up that they made a spectacle demonstration as this?


We are sad to report that Mr. Haskell’s customary comments under The St. Catharines' ‘STANDARD’ articles are now being blocked or immediately removed.

Mark Cressman Publisher, St.Catharines Standard Wrote
I don't have anything to do with deleting comments.  Please direct these emails to Peter Conradi at peter.conradi@sunmedia.ca or Erica Bajer at erica.bajer@sunmedia.ca
http://newsalertniagara.blogspot.ca/2014/06/charges-dropped-photographer-sues-police.html