There they sit, all seeing, all knowing, all telling, partially informed scribes of record diligently going about their business of witnessing the Niagara Regional Chair and Councilors play council.
It’s the press and wannabe press that we are talking about. Some twitting out snide remarks about this or that as if their comments were of some value. All the while they seem to be oblivious of the political intrigue being played out before them. Surely it makes one wonder if the gaps in their reports are based on their personal political preferences.
Round #1 - They sat there all through the attempt to bar the public from the public forum without a peep in their grand news media. http://www.niagarawinnerscircle.com/Inventing-Darkness.html  On the recommendation of The Secret ‘Council Organization Review Committee’ (CORC) whose members were Regional Chairman *Partington, Councillors Baty, Augustyn, Burroughs, *Casselman, Cordiner, Greenwood, *Heit, Henderson, Lepp, Marshall, *McMullan, Puttick, *Rigby, Saracino, Smeaton and *Timms  (* St. Catharines Councillors) they voted for the blackout.
It was the NWC that had to break the story that the whole of Regional Council voted September 23, 2010 that, ‘delegations {Individuals} shall not be permitted to appear at Council Meetings’.
Round #2 - Two years later the serious psychological tsunami happened which caused the ‘good ole’ boys club’ of the Regional Council near cardiac arrest when a known ‘questioner of political conduct’ had been duly elected as a member of their ‘private country club’. They found the threat so great that they started a whisper campaign of false accusations against this perceived enemy. They went so far as to create a fictitious ‘straw man’ under the pseudonym of ‘Tim Lewis’ to lay spurious charges against their perceived enemy. Even with the admission from St. Catharines’ Mayor Brian McMullan that he knew the people behind this criminal act there was no inquiry or even discernible concern from Regional Chair Gary Burroughs.  ...and these are the councillors demanding an ‘Integrity Commissioner’?
Note: Both McMullan and Burroughs were members of the secret CORC committee.
Round #3 - A year later Preston Haskell went before the committee of the whole to question the need for adding yet another bureaucrat to the public taxes only to be insulted by Pelham Mayor and Regional Councilor Dave Augustyn who said the presentation was so full of errors that he couldn’t vote to have it accepted into the record! http://www.niagarawinnerscircle.com/Presentation-to-Regional-Council.html and http://www.niagarawinnerscircle.com/Niagara-Region-MEMORANDUM.html
Would Mayor Dave Augustyn of anti-property rights notoriety                                                      http://newsalertniagara.blogspot.ca/2012/07/citizens-or-subjects.html  have been so demonstrative if the committee meeting had been on camera?
Regional councillor, Augustine was another member of the secret CORC committee!
Round#4 - Regional councillor and St. Catharines City Mayor Brian McMullan is at it again. According to McMullan’s own words regarding the ‘Tim Lewis fiasco’, McMullan and the ‘old guard’ are once more attempting to muzzle, gag, silence and control any of the new councilors who have the audacity and temerity to not follow in lockstep with the old guard’s tax and spend autocracy.
The ‘old guard’, which have been in power for so long that they think they have the right to demand that the new councillors follow orders and not question the senior councilors or even the bureaucrats.
In other words, ‘don’t rock the boat’ if you know what’s good for you.
Round#5 – Observing the machinations of our Niagara Regional Council leads one to the conclusion that former councilor Peter Kormos hit the nail right on the head with his stated opinion the there should be no mayors on Niagara Regional Council.
The preponderance of the dreaded parochialism stems from the individual mayor’s efforts toward self-interest.
They are not elected members of the Regional Council! They are elected mayors by the citizens of their specific communities. The twelve mayors (12 of 30) start in a conflict of interest they hold too great a sway over council decisions, often attempting to mutually benefit themselves and maybe even their community at the expense of the region. 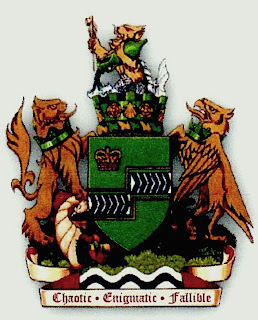 The twelve mayors are a corruption to our democratic process.
Therein lies the cause of acrimony toward any who would stand in the way of parochialism.
The conduct of the ‘old guard’ is evidenced by their repeated attacks, without evidence, against those that resist simply following the ‘old guard’s’ wishes. We have already witnessed their use of false accusations. When it suits their purpose they regularly disclose items that are supposed to be confidential from ‘in camera’ sessions.
Thanks to outfits like the St. Catharines Standard they can hide behind pseudonyms to bully and libel anyone that they feel is a threat to their autocratic predilections.
· They target their un-favored councilors for missing a meeting, while they do it regularly.
· They scream about bullying, while they bully their un-favored councillors constantly.
· They openly insult their un-favored from the floor of council.
· They cut short un-favored councillors who are trying to defend taxpayers.
· They hold to their disgusting scheme to block presenters from council meetings.
· They conspire to denigrate, by false accusations, anyone not conforming. Stay Tuned...
The current mix of councilors have created the fastest growing entity in Niagara. The words on our coat of arms reads UNITY - RESPONSIBILITY - LOYALTY. However, with the current mix, and without term limits, our region will and has stagnated into a chaotic, fallible and enigmatic financial morass.

What do you call it when you continually do the same thing and expect different results?

Posted by Niagara Winners Circle at 09:01 No comments: 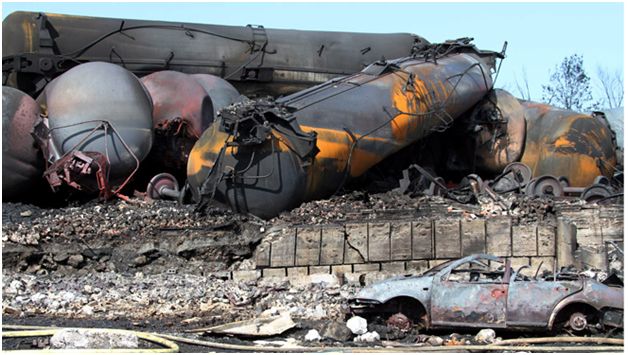 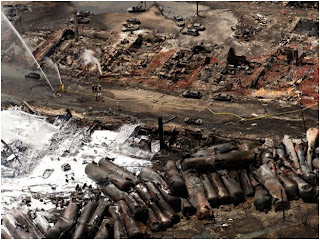 What do we do about dangerous tanker trains carrying highly flammable fuels through urban areas of towns & cities? 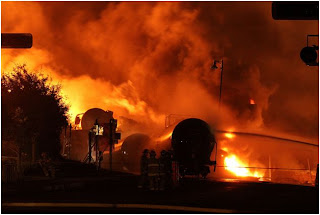 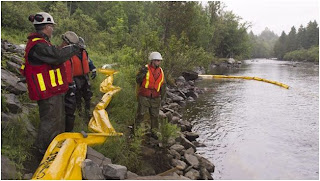 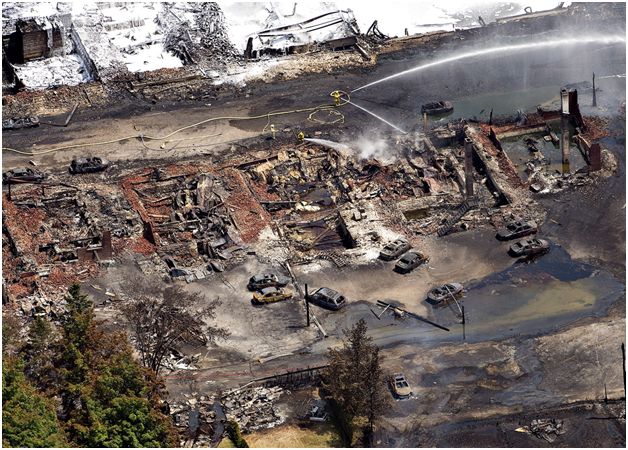 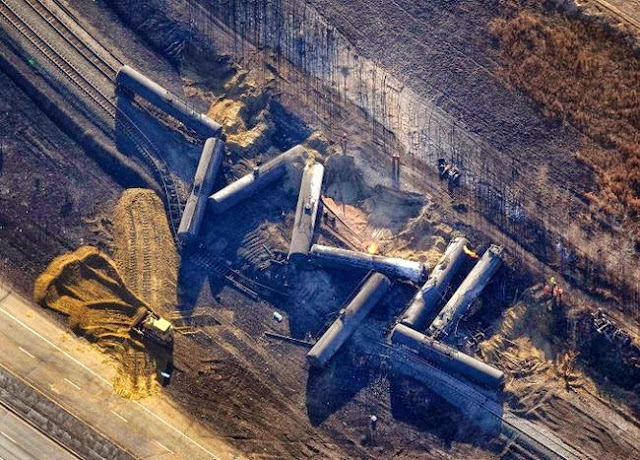 Posted by Niagara Winners Circle at 10:51 No comments:

A Bridge Too Far 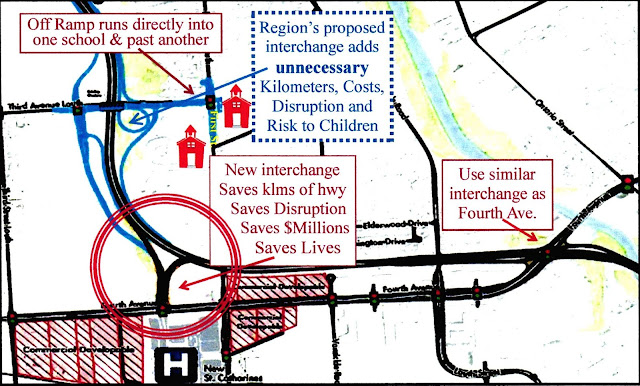 This region sponsored project stands to jeopardize the safety of some 900 elementary children who attend Grapeview and Mother Teresa just 200-300m away. This interchange is unprecedented in Ontario.


The Region gives five examples of schools within 500 meters of an interchange. The Grapeview neighbourhood is unique because it has two schools — Grapeview and Mother Teresa elementary schools — within 200 meters of each other.


Why is a massive project being rammed into a quiet residential community when there are other viable options?


The Ministry of Transportation did expropriate/ purchase land for this interchange back in the 1970's and 1980's, but the city allowed the neighbourhood to grow...houses along Third Avenue in the 80's and 90's, Jubilee Fellowship church in 1991 and Mother Teresa School opened its doors in September 2005!


Yet land on Videl Court sold to a developer in 2007! How is that possible? Perhaps it’s time to look at who owns the required property along the proposed projects route?


Why are the tax payers of Niagara being asked to pay for this project? Why should tax payers in Fort Erie, Welland, Niagara Falls, Grimsby, Thorold, Niagara-on-the-Lake as well as St. Catharines subsidize land developers?


Make your voice heard by the politicians, email stop406interchange@gmail.com to sign our as well as our change.org petition at http://bit.ly/KeepOurKidsSafePetition.


Even our pre-eminent Rankin Construction CEO Tom Rankin, with his extensive experience in traffic engineering called the Region's plan for a new interchange at Third Avenue ‘the wrong plan’. He said a ‘cardinal rule of development’ is not to run a highway into a residential area.


Should the region ask Mr. Rankin for his credentials as an engineer?

Posted by Niagara Winners Circle at 10:08 No comments:

According to reports in the St. Catharines a St. Catharines photographer Michael Farkas suffered serious injuries after an altercation with a Niagara Regional Police officer. (Photo from Facebook)


Crown attorney Ian Bulmer said a discharge would not be in the best interest of the public as a harsher sentence would send a strong message to the law enforcement community that such actions will not be tolerated by the courts.


When he refused to stop taking pictures, court was told, Zarafonitis "took control" of Farkas.


The 31-year-old St. Catharines man says he suffered serious injuries after the incident, including a broken nose, cheekbone, orbital bone and ribs.


As is often the case it was the victim Farkas who was charged with assault following the melee. That charge was withdrawn by the Crown Attorney's office in November 2012.


Farkas launched a $750,000 lawsuit over the incident after criminal charges against him were dropped.


The lawsuit claims general, special and punitive damages for negligence, assault and breach of the Canadian Charter of Rights and Freedoms.


The civil matter is still before the courts.


The extraordinary aspects of this case has got to be that a full sized and fully trained police officer has to break bones and cause serious injury in order to subdue a 120 pound photographer for refusing to stop taking pictures of police brutality!


The question that has yet to be clarified is the matter of ‘who pays’ to satisfy any possible lawsuit.


Is this, once again, a matter of the taxpayer footing the bill for someone else’s crime or should the cost and expenses be borne by those who committed the crime?
Posted by Niagara Winners Circle at 10:56 No comments: