The Niagara Peninsula Conservation Authority's CEO/Treasurer seems to have lost faith in the Niagara Regional Government's lawyer Mr. Mickey Cruickshank, considering the fact that CEO/Treasurer Carmen D ‘Angelo made the unilateral decision to hire the most expensive law firm out of Hamilton, Ontario only to lose their expensive appeal against City of St. Catharines urban citizen Mr. Willy Wakulich.

But hey! A $100,000.00 cost to the Niagara Taxpayer pales in comparison to the settlement the taxpayer will have to dish out for the pending lawsuit against this arrogant empire building "so-called" conservation authority.

Then again we taxpayers will suffer the $multi-million settlement for the NPCA's sordid attack on the White Family of Fort Erie.

The genesis of the whole stinking mess Ontario Citizens now face rests upon the fact that bureaucrats and their political masters have taken to breaking the Law. Nowhere in The  Conservation Authorities Act is there permission for anyone to do as they please on private property

Check out the linked extraordinary stories to assess for yourself the astounding damages the NPCA has wrought on innocent Niagara Citizens and all in an squalid effort to use our court system to extort money and confiscate a citizen’s rights. 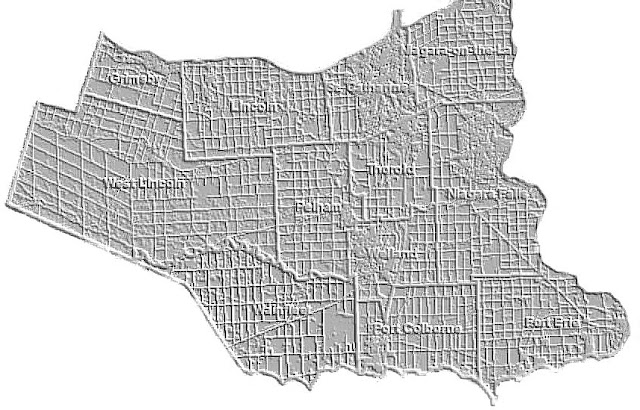 And do you know who is responsible for all this abuse of innocent Niagara Citizens who are being treated worse than violent criminals?


Answer: The members of the Board, that's who and you can find out who they are HERE!


Posted by Niagara Winners Circle at 15:52 No comments:


I have seen enough! How many more must die before we get off our asses and start fighting back? I personally know two people, and know of one other, that have been harassed, bullied and stressed to the point of death, and all at the hands of the people who work for us, our servants have been killing us off one at a time, and all without any other authority than what we give them!
Read that again, they have no authority without your agreement and/or consent.
Read that again, the only way they have authority over you,   if you agree to it! Did you get it yet?
Don’t worry about it, it took a lot of research and a lot of time to figure some of this intentional maze out. This maze is built by design, it did not just happen. In the next while, I will do my best to put what I have found in more easy to understand plain English,  and take out the mystery of the language they call legalese, which is indeed a completely different language than English.

Ok, I work for Walmart, and the head office in the U.S.A (a foreign corporation) sends us Walmart employees here in Canada, a new set of rules to follow. Same thing, a foreign corporation, the UK INC., made up a booklet, got it approved and voted on by the board of directors of the head office(the Parliament of the UK INC.) , and sent the documents to Canada Inc. for the employees of the corporation to follow. This document also defines their authority, always hidden deep within each document, an intentional maze of legalese.

Now, let’s reference the dreaded “Municipal Act” that all these pea-brained by-laws officers  and the ignorant public source criminals(police) use to fool people into thinking  they have authority.

Here is section 14 of the Municipal Act as follows:
Conflict between by-law and statutes, etc.
14. (1) A by-law is without effect to the extent of any conflict with,
(a) a provincial or federal Act or a regulation made under such an Act; or
(b) an instrument of a legislative nature, including an order, licence or approval, made or issued under a provincial or federal Act or regulation.  2001, c. 25, s. 14.

So, let’s look at the entire package, section 14 of the Municipal Act states that if a statute is in place and is in conflict with any by-law then a by-law is “without force or effect”.  Section 52 of the Constitution states that IT is the supreme law, and section 32 states that the Constitution applies ONLY to municipal, provincial and federal employees or better to be known as public servants, as their job and mandate is to be our servants. WE decide what authority they have over us,, NOT the way we have been indoctrinated and brain-washed into believing. If you are an employee of Canadian Tire, Walmart, The city of Welland or ANY other corporation, then you, as an employee MUST follow the rules for the corporation, but as a person who is NOT employed by those corporations, there is no requirement of any law or set of rules that requires you as a private person to follow ANY of these rules, by-laws, regulations or anything else written and approved by them, for them, unless you agree or consent to be a slave to those specific corporations.
You can look this up and verify all this for yourself, and I fully encourage you to make as much effort to read and verify all I write, because this, in turn, will force you to open your eyes see that on the other side of all the smoke, is nothing but a mirror and a guy named OZ. And this my dear readers, will without a doubt, be the most difficult change in perception you will ever be forced to make.  It was for me.
Most of life I have not liked corporations, it has seemed that it is the corporations are always at the heart of most of all the problems on this planet, from pollution to poisonous foods and polluted water, and to find out that all governments at all levels including all levels of police, are all nothing more than corporations, was a shock to my conscience, and this has changed my life forever!

I can no longer believe ANYTHING coming from the mouth of anyone employed by a corporation, they MUST prove everything they say in writing, or leave me alone.
So, now, when a corporation or any representative or employees of ANY corporation approaches me for ANY reason,  I ask for evidence of authority without my agreement or consent, something which I know does not exist. If they cannot prove their authority, then they have NONE! If you stick to these simple principles, no one can have authority over you or your property without your agreement or consent, so don’t give them any!

If any corporate representative comes to you with the statement that they have an anonymous complaint about something, , ask them the name of the person who has complained, and if they refuse, tell them to get go away and get a warrant, because no judge will give anyone a warrant for anything on an anonymous complaint, and if they bring a warrant, the name of the person who complained will be clearly visible on the warrant, if it’s not, the warrant is of no force or effect.

Do not let anyone bully you, the rights you have are inherent, a corporation has no authority over you or your property without agreement or consent or unless you are employed by them.

If you do not agree 100% with my last statement, then I am calling you out, I challenge you to prove me wrong, give me a document that says I must yield my rights without my agreement, employment and/or  consent to any corporation who claims authority over me.

Dear readers, it’s about time. The bullies days are up, now we must confront the bullies with THEIR laws until they go away. After all, every single one of those by-laws and laws they have written, apply ONLY to them, the corporate employees!!!

IF YOU DON’T KNOW AND EXERCISE YOUR RIGHTS, YOU DON’T HAVE ANY!

Posted by Niagara Winners Circle at 07:34 No comments: