The shocking and extraordinary corruption being unearthed in major Quebec cities has been made possible through the valiant efforts of whistle-blowers and concerned citizens.

You know who they are!

They are the people that the evil-doers like to call names like trouble makers, nut-jobs, screw-balls, etc., and all in a concerted effort to throw the general public off any scent of scandal.

Whistle-blowers and concerned citizens have led to the arrest of hundreds of villains including Gilles Vaillancourt, the former mayor of suburban Laval, Que.

They face dozens of charges including gangsterism, which would make it the largest alleged criminal organization ever run out of a City Hall in Canada.

Gerald Tremblay quit as mayor of Montreal after a campaign financing scandal and corrupt city engineers eroded his support.

Now, some may say that corruption is common in the province of Quebec, intimating that that sordid thing doesn’t happen here.

Then why the name calling against our Niagara whistle-blowers and concerned citizens when they dare to speak out and stand up against our civic leaders?

Perhaps the name-callers are correct about the character of Niagara whistle-blowers and concerned citizens given that we not only have name calling but it has escalated into threats of legal action and even threats of physical harm, including death threats against themselves and against their families. They have had their properties vandalized and for what?

Prompts the question; do we actually have evil-doers with something to hide? Where do our councilors stand on these situations? Are they as silent as were the councilors in Quebec?

These antics would make it appear so. 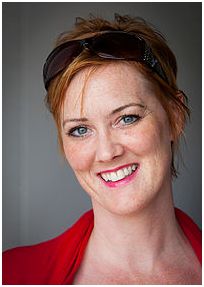 Posted by Niagara Winners Circle at 13:41 No comments:

We are told that if we don’t like the way the party in power is governing we have the opportunity to vote them out and vote in another political party!  But, it takes a full four years just to start understanding the nature of those we have put in power and even then the evidence is that the worst of these have the ability to hide their predilections through more lies and deceit.

Why do we need protection from government? Because we are facing a growing culture of corruption that is rapidly turning our blessed parliamentary democracy into a form of democratic tyranny that is now threatening our Canadian way of life. Many have already accepted much of the corruption as inevitable.

Recent examples of widespread corruption in our political system clearly indicates that things are not working well (assuming they ever where) for the Canadian Citizen. Perhaps there was a time when the system struggled through under a semblance civility and respect.

Our current system of governance will not improve as long as there is a dearth of intelligent laws to protect the country and its citizens from its government.


There is no accountability as long as there is no consequence


It is one thing for a party leader to talk of penalties ‘after the fact’ but what about discussing meaningful recourse for the protection of the country and the Citizen.

We must NOT support any party that refuses to bring in the very necessary protections needed to clean up what has become a sleazy political mess.
Posted by Niagara Winners Circle at 12:02 No comments: