The Brilliance of Bureaucrats Times 2

Article:
The Brilliance of Bureaucrats
. 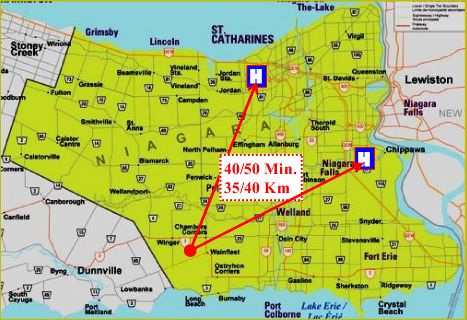 https://newsalertniagara.blogspot.com/2012/09/the-brilliance-of-bureaucrats.html
.
The Brilliance grows brighter or at least focuses sharper with the specious political decisions becoming more evidenced by the fact that new hospitals can somehow evade the intelligence of corrupted decision makers that Central does not mean building expensive hospitals at the extreme far reaches of our region.
.
The building of a new improperly located hospital does not give licence to strip medical services from the Southwestern portion of the Niagara Region. https://niagaraatlarge.com/2019/09/24/ontario-ndp-will-fight-to-keep-port-colborne-urgent-care-centre/
.
Not only is the improperly designated (South Niagara Hospital) not located in the south of our region it is inconveniently placed with its back to the U.S. Border just as our (centrally located) St. Catharines Hospital is located with its back to Lake Ontario!
.
In our 'News Alert Niagara' 2012 article we raised some very pertinants questions:
.
Is someone in dire need of a map and compass or is this just another brilliant and imaginative case of NHS part two?
.
The new General Hospital in St. Catharines, just north of the railway tracks and just south of Lake Ontario, is about to be joined by another so-called centrally located hospital mostly east of the first so-called central location!
.
Worse, there is no direct highway to and from many of the south and west communities, which of course means longer transit time for ambulances.
.
But, I guess that doesn't matter as long as some get a new hospital in the northeast and to hell with the rest.
.
To put this scenario into perspective we would simply ask; What would the sentiments have been had the new ‘central’ hospital currently located north of the tracks just west of St. Catharines instead been built south of the tracks just west of Port Colborne?
.

Posted by Niagara Winners Circle at 10:49