Concerned citizens fight on the side of our dwindling nature

This plea to save the last provincially significant wetlands in Niagara circulated  by one of the young people who has been camping out in the Thundering Waters Forest in Niagara Falls all this past week in an effort to draw more public attention to controversial plans to bury parts of it under residential and commercial development.

The fact that this development proposal is still on the books after more than a year of heated debate  has less to do with the China-backed developers that purchased the land from Canadians interests for a sizable sum of money, and more to do with the lack of imagination and vision on the part of too many of this region’s municipal leaders when it comes to good planning, and to the lack of care they show for what is left of the natural heritage all of us who live here were blessed with.
At the end of the day, though, the responsibility for this lies not so much in them as it does in all of us of voting age who live and do business here.
We get the government we deserve, which is why it is so important for every one of us to get more engaged in municipal politics and give maximum thought to who we elect to serve on our local and regional councils in next year’s municipal elections.
Now here is the message from one of the Thundering Waters Forest campers, Niagara citizen Owen Bjorgan -

Day 6. A walkabout in the Provincially Significant Wetlands, which cover approximately 235 acres of this 484 acres.

Insanity that a price tag of 1.5 billion could be slapped onto this fragile and ancient ecosystem. Tomorrow is our last day.

"Species come and go, but the Earth stands forever fast...What privilege do we have under the sun, That gives us the right to the throne?"

In Flames, "Embody the Invisble"

The campers will be there this Sunday, August 20th until 5 p.m.
Here are some directions on how to get to the Thundering Waters Forest site –
From the Queen Elizabeth Highway take the McLeod St exit (exit 27), go east on McLeod.  In approximately 550 metres turn right on Dorchester Blvd.   Follow Dorchester until it appears to end (Y in the road) and turn to the right, you will still be on Dorchester Road, continue on Dorchester across the railway tracks, about 75 metres after crossing the tracks you will see a trail going into the woods. It will be marked.
Visit Owen Bjorgan’s Facebook page where you can learn more about the Thundering Waters Forest and related topics by clicking on - https://www.facebook.com/owen.bjorgan.7 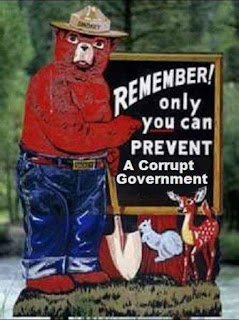 The only way change happens is when people become more significantly involved in the political process. -Bernie Sanders

Posted by Niagara Winners Circle at 06:58