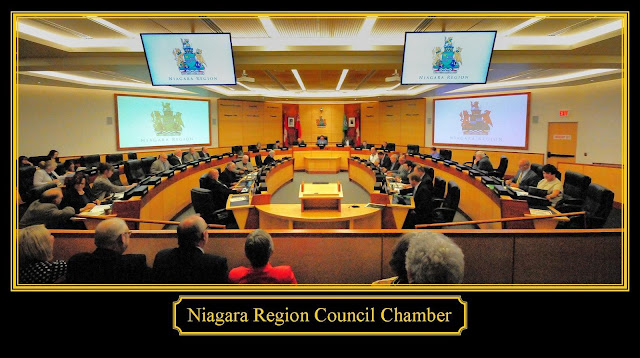 A common tactic to prevent citizens from coming forward with their concerns is to force presenters to apply for permission to speak on an agenda item by Friday morning by 9:00 AM  even though the agenda is not posted until the following Monday. This gives the council the ability to prevent presenters from speaking on issues that the politicians don’t want to hear or more importantly to be heard by the public. Are they transparent and open or just a crafty bunch of miscreants?

It gets worse – much worse! 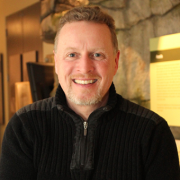 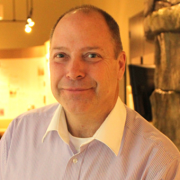 Here we have a situation where the board members of the Niagara Peninsula Conservation Authority (NPCA) are also Niagara Regional Councilors. 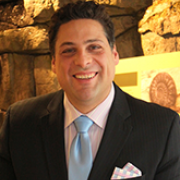 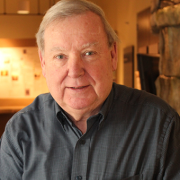 NPCA. The rules call for a 2/3 majority to allow a citizen to speak to council. 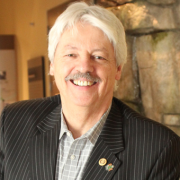 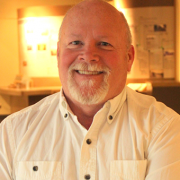 Of the 12 NO votes 6* are also conflicted board members of the NPCA that are against having a forensic audit of their untouchable organization!

As stated in a previous article there is a great number of citizens that have concern regarding the activities of the
NPCA and this shabby conduct proves the point.

Instead of Chair Caslin making his ill informed apology to Councilor Timms he should first point out to the Citizens of Niagara the alleged 'misinformation and contained libelous and defamatory statements'. Given that Mr. Smith's presentation is now public and given that no specific allegations have been exposed it becomes obligatory for Chair Caslin to clarify the situation or be branded by many as just another squalid politician. 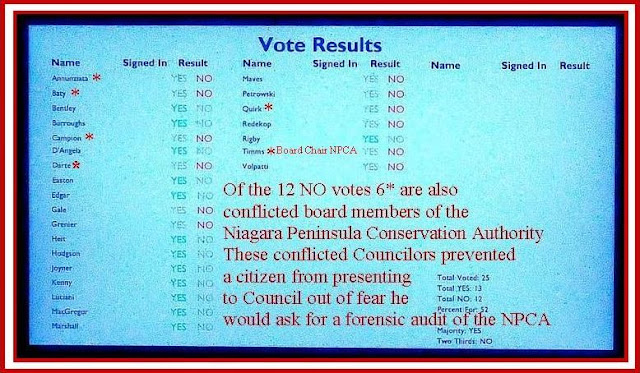 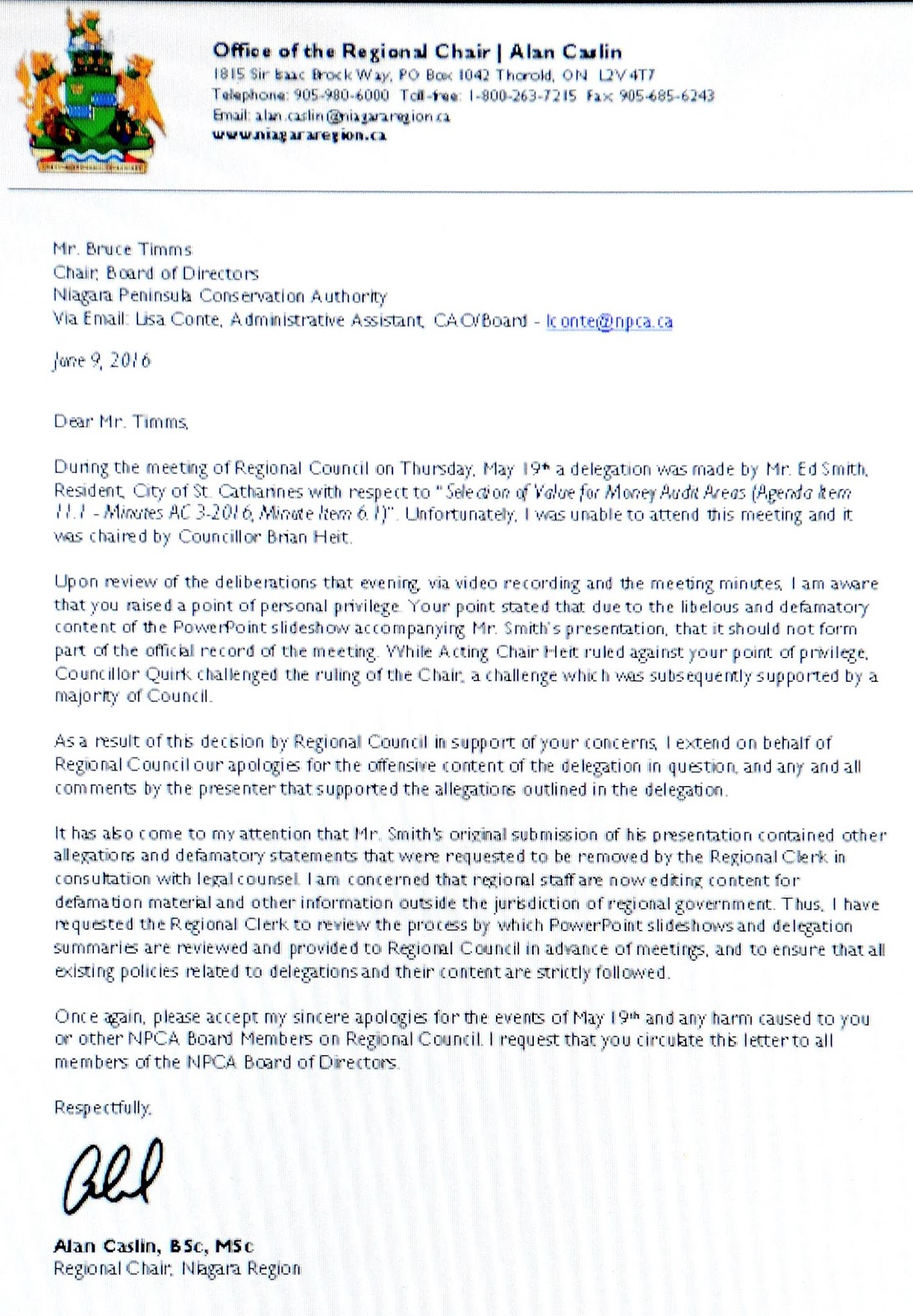 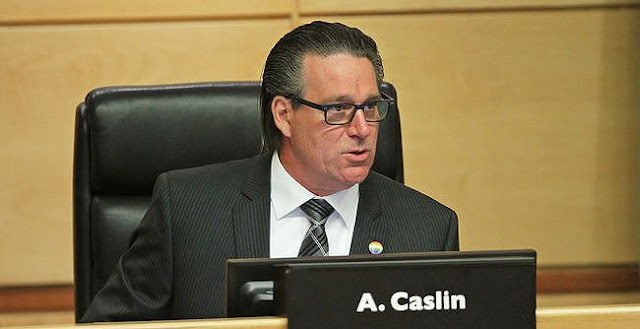 Considering the conduct being deployed against Niagara Citizens perhaps it would be appropriate for Chair Caslin to ask his legal beagles who would bear the cost of a 'Human Rights' lawsuit; the individual authoritarian or the hapless taxpayer? 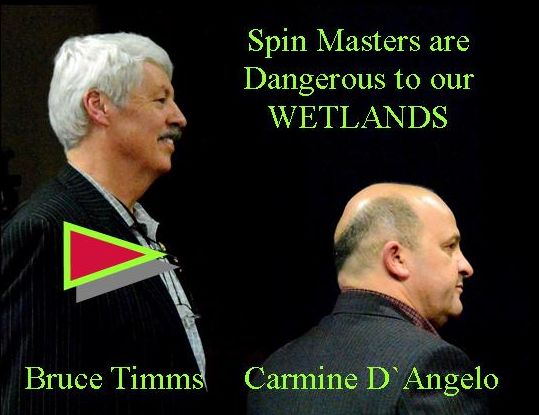 It is not the NPCA Chair or anyone involved with the NPCA that Chair Caslin should have apologized to. Caslin now owes an apology to some of his Councilors including to Brian Heit,  Mr. Ed Smith and above all to the Citizens of Niagara!
http://www.stcatharinesstandard.ca/2016/06/24/editorial-whats-wrong-with-paying-for-npca-audit 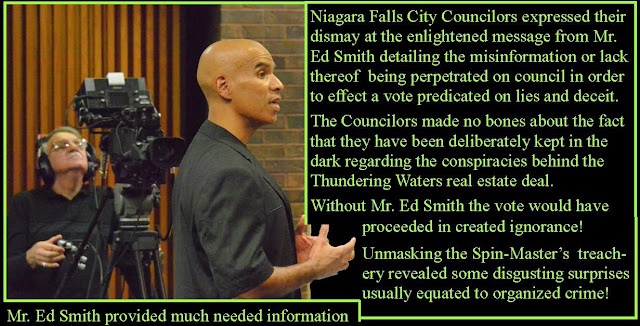 When contacted Mr. Ed Smith said “Last Friday the NPCA audit was not on the agenda for the Regional Council Meeting so I did not apply to speak.  However I felt a little bit uneasy because I knew the issue of the audit was coming up and I suspected they might try to get something through with none of us noticing.

On Monday I sent an email to the clerk asking for confirmation that the audit was not on the agenda, and I also followed up with another email shortly thereafter...they did not answer.
Finally on Wed at 2:30 pm they sent me an email apologizing for taking so long to respond but yes indeed the audit had just now been added to the agenda.
I told them I wish to be added as a speaker, they told me they can't do that because speakers must apply to speak by the previous Friday, I said that the issue was not on the agenda the previous Friday.  They said that regardless of that they cannot put me on the agenda.

They said the only way I would get to speak was if a Councillor made a motion and the majority of the council voted to allow me to speak...by a 2/3 majority.
Of course I knew the chances of this council allowing me to speak were close to zero if they could control it, but I also knew that there are champions of democracy on the council, and I knew they would rally to the cause of the people's rights regardless of the issue, and they did.  Those Councillors are to be hailed, they represent the hope for the Niagara Region.
As for that night, the rest is history, bully tactics were employed to prevent the public from speaking to the issue and our democracy was corrupted once again.  That's OK though because it only strengthens us to re-double our efforts and broaden our look beyond the NPCA.  Things are not right within the Region, we're about to find out why.”

Click here to witness video of the entire May 19, 2016 Niagara Regional Council Meeting

Posted by Niagara Winners Circle at 13:45