They have finally done it! They took a sad situation, and made it worse! Through their squalid manipulations they have exposed their contempt for the Niagara Citizen as well as their utter corruption for all to see.

For the uninitiated please click on the blue words, which are links to further corroborating information.

It had gotten so bad that even Councilor Rigby had to rise to proclaim that the Niagara Regional Council was acting like ‘Jerks”!

The cause of Regional Council’s overwhelming panic was the specter of facing a proper audit on various projects such as the NOTL and Welland sewage treatment plants and various bridge construction including the new Burgoyne Bridge. Collectively the overcharges of our many projects are now running upwards of a whopping $100Million of unaccountable tax dollars, not to mention the squalid corruption going on at the Niagara Peninsula Conservation Authority. 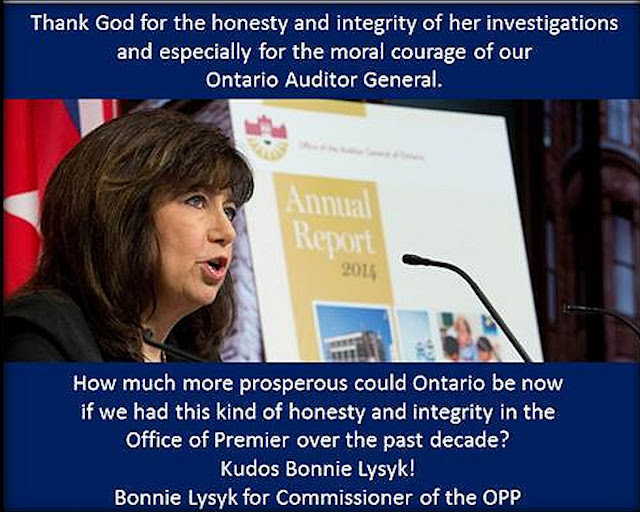 
It seemed natural for Smith to assume his first effort would be a presentation to the Niagara Peninsula Conservation Authority (NPCA). The outcome of that presentation left much to be desired.
His next exercise in futility was met with lies and deception before he even presented his message to the Niagara Regional Council, a message the council did not want to hear. They resented the fact that anyone would have the audacity to challenge the Region's involvement in a scheme to gloss over their attempt to destroy precious wetland in favor of a development.

The fix was in! Intruders not welcome. 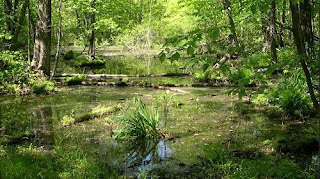 However, Mr. Smith’s first presentation to Regional Council managed to throw a wrench into the NPCA’ attempt to sneak through a vote of approval of their proposal to con everyone into believing they could create a slough forest after destroying a slough forest again in favor of a developer.

Smith’s appearance before the Niagara Falls City Council created an angry backlash against the NPCA CAO Carmen D`Angelo and Chairman of the NPCA Board, while garnering appreciation for Smith’s enlightening and informative presentation. Smith’s presentation even exposed skullduggery on the part of Mayor Diodati,  his executives and staff who were well aware that pertinent information was being deliberately withheld from their council!

Smith’s presentation to the city also exposed the fact that the negotiations for the $1.5Billion ‘Thundering Waters Project’ was in progress in March 2015 well before the September 2015 China Vacation proving that a hoax was perpetrated on the Citizen that the $1.5Billion deal was a result of the Taxpayer paid China Vacation!

Mr. Smith exposed the fact that the Niagara Peninsula Conservation Authority uses outright lies to deceive the Citizens of Niagara!

As an example they stated that they were NOT lobbying the Ontario government to change the rules regarding biodiversity offsetting. Regional Councilor Nunziata (also vice chair of the NPCA) stated publicly in April 28, 2016 Council Chamber  (At the 46 Minute Mark) that the NPCA was NOT lobbying for Biodiversity offsetting while at the same time the NPCA was Paying a Lobbyist $24,000 to do just that!

Kealy and Associates inc. Proposal (May, 2015). – (marked) Confidential.
Obviously someone is trying to deceive the public!

The final disgrace manifested itself during Smith’s second attempt (near midnight at the 525 mark) on May 19, 2016  to enlighten our Regional Councilors to the true character of the NPCA; a daunting task considering the preponderance of the NPCA Board is made up of Niagara Regional Councilors. These same conflicted councilors voted to block any attempt to have the NPCA properly audited!

Raises the question; Why!

Why would Councilor Quirk (Also a NPCA Board Member) be so loudly vociferous in making his point to the chair that Smith’s presentation should be removed on the basis that it was misleading and also demeaning to the NPCA Board? But none of the Regional Councilors currently sitting on the NPCA Board particularly those expressing injury to their integrity have anything to say about their permitting financial injury to innocent Niagara Citizens. 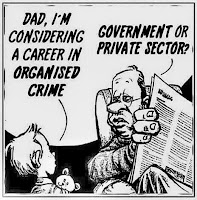 They ignore their ridiculous attacks on Niagara home owners!

They sell out the environment in favor of developers!

They falsely claim they they have no authority over the NPCA while they think they hold sway over everything else. They are a bully pulpit but only when it suits them.

Recent court cases indicate there will be monumental settlements against Municipalities and Conservation Authorities  over constitutional rights and human rights.

Councillor Timms, who is also the NPCA Chair, also complained that Smith’s presentation was full of misinformation, which it was NOT, and that he felt it was an attack on his character and integrity.

However, Timms refused to address the fact that it is he who refuses Freedom of information, and is still withholding FOI requests from Citizens! How does that square with Timms’ character and integrity?

Perhaps if the NPCA was more open, honest and transparent it would be less likely for misleading or inaccuracies in any presentation! It would also be less likely that citizens would be making such a fuss about NPCA modus operandi.

The fact remains that the conduct of the NPCA gives every indication that there is little or no reason to assume that those currently in charge of the NPCA are endowed with any integrity!

The question remains; just what is it that the NPCA is trying so hard to hide?

This Article was sent to all Niagara Regional Councilors on Wednesday, June 01, 2016 7:29 AM. responses from Conflicted Councilors will be posted as they are received!

The conduct of the Niagara Regional Council is for the Voters to Decide!

The following is a letter to Regional Councilors

Councilors,
You will recall that at last weeks' Council meeting I was accused of "egregious slander", conducting a "smear campaign" and, being "borderline libelous".  Of course our position on all of this is different.  Nonetheless, we understand that Council took the decision that it took and effectively prevented me from presenting our case by way of a robust question and answer cycle.
We are putting to you that every allegation in that presentation can be defended with facts, and we came prepared that night to do exactly that.  In no way was there any “misinformation” or “misleading” of council. I came to speak to what we believe are very serious breaches in our democracy. I must admit that I am somewhat perplexed that I was not afforded the right to do so.  There might have been some "misleading" going on that night, but it was not done by us.
I would like to close this email to you with 2 quick points. The first is a quote from the Vice-Chair of the NPCA that was made to Regional Council on April 28th of this year, and I quote:
"I can assure you as Vice-Chair of the NPCA that there is no active participation lobbying the province.  The communication has been one way, it has been from the province to the NPCA to respond"....and yet we now know that is not true.  We now know that this particular Councilor "misled" not only the Council in the whole, but the public also.  I will leave it to you to consider which is worse, and why it was done.
The second point is quite simply that anytime I am in front of the Council I come with the utmost of respect. I (and I trust all of us) hold this democratic institution to represent the very fabric that makes our great nation what it is.  If, in the preservation of the values of that great institution certain individuals feel defensive or slandered, it is not my intent, but I would welcome the challenge.  Democracy in fact demands these challenges.  Those who do the right thing have no reason to fear the light.
Having said that I will gladly avail myself to any of you, at your behest, and will be more than happy to present the evidence and strength of the presentation I made that night.  I feel the resistance or "fear" of an audit that night was measurable, and I would welcome the opportunity to help you understand why that may be.
At your service,
Ed Smith
Just a citizen


Posted by Niagara Winners Circle at 16:45