Synopsis of NPCA Tyranny (part one) 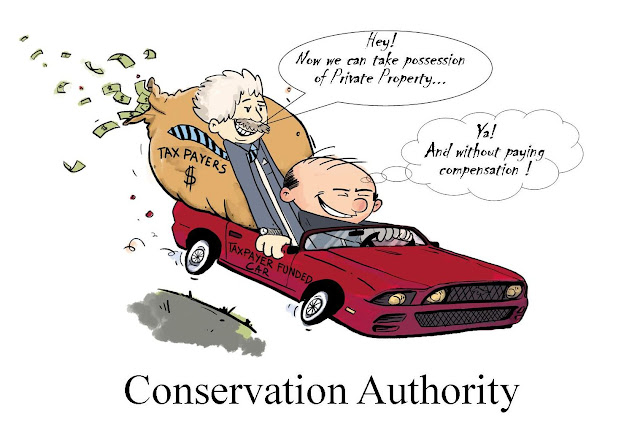 A Story of Empire Building
Synopsis of NPCA Tyranny

Following in the footsteps of a heroic citizen named Ed Smith, predicated on his concern for our environment and witnessing the behavior of the Niagara Peninsula Conservation Authority (NPCA), News Alert Niagara has decided to publicly present our own Synopsis of NPCA.

In the homey Mahtay Cafe downtown St. Catharines surrounded by the press and concerned citizens stood Mr. Ed Smith.
Smith's Press conference  presentation was called in response to the NPCA's action of having several legal firms sending threatening legal letters in all directions including to dissenting fellow councilors.

It's totally baffling as to the lengths the NPCA Officials will go in order to prevent anyone from examining and investigating their conduct. They are even sending legal correspondence to Municipal councils in an attempt to stifle comment from Mr. Smith!

While communities outside the the direct influence of the gut wrenching corruption of our Niagara Regional Government are totally supportive of a complete forensic audit of the NPCA, the sewer gang of Niagara City Council refuse to even hear from its citizens. 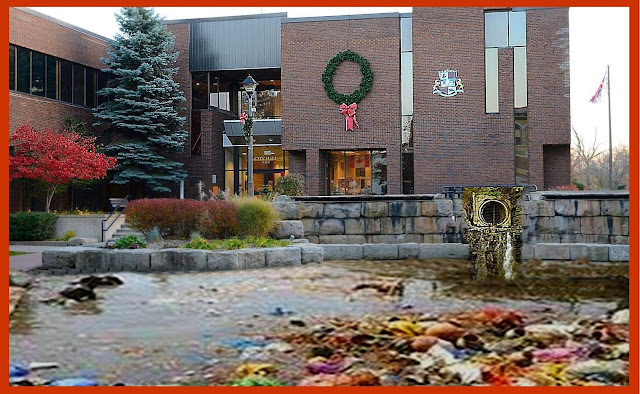 The only 'squirrelli' council still protecting the NPCA is the Regional Council with its overload of conflicted NPCA board members.

For the sake of our community please view our Regional Government at work by Clicking HERE!

The NPCA has been using and abusing our discreditable court system against our citizens for so long they just naturally fall back on this shabby conduct and they do so with the approval of our Niagara Regional Government!

As Mr. Ed Smith spoke, visions of NPCA conduct flashed across the mind's screen with images of the NPCA's perversion of our justice system, stacking the courtroom deck against innocent citizens, laying waste to our so-called Freedom of Information Laws.

Its hard to comprehend how one Niagara Citizen could figure out the situation while the whole political spectrum of the Niagara Regional Government feigned ignorance.

These NPCA human rights abusers have convinced themselves  that they have the right to barge into MPP Cindy Forster's office and verbally abuse her to the point that the new CAO Peter Graham, Chair Bruce Timms and Loudest Cling-on Nunziatta had to be ordered out!

THE OVERRIDING QUESTION REMAINS: WHERE THE HELL IS THE PROVINCE

Smith wasn't standing alone. He stood apart! Smith had the backing of several citizen's groups and hundreds of individuals who had the extreme misfortune of crossing paths with this disgusting organization.

The recently replaced CAO Carmen D'Angelo had no power to physically attack Smith or to have him ejected from this public meeting. Carmen D'Angelo is the man that ordered his people not to deliver presentations to his volunteer citizens committees when and while media was present.
But don't worry folks this highly prized individual is now our New CAO for the Niagara Regional Government!

News Alert Niagara made it its mission to keep each and every Regional Councilor fully informed as to what was happening to the Niagara Citizens at the hands of the NPCA! 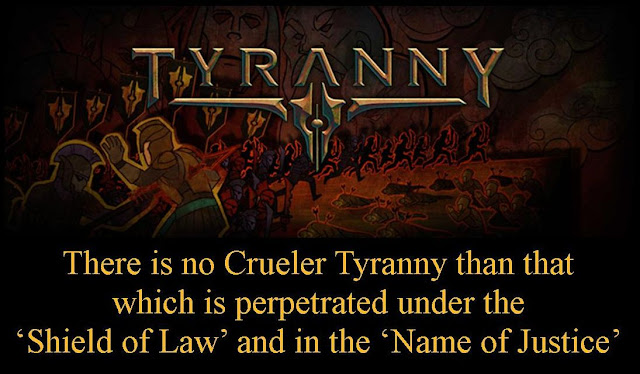 Even the Volunteer Citizen Liaison Advisory Committee known as CLAC revolted against the NPCA board and its Chair Bruce Timms.


Timms tried to push Mayor April Jeffs idea of having the NPCA doing an special audit on itself. The Clac members were having none of it.


They told Timms to his face to drop all legal assault on Ed Smith primarily because Timms didn’t even know his own rules and regulations. Another member suggested the NPCA could do a better job in communicating with the public. Another board member said he was going to produce a public letter predicated on the CLAC committee’s loss of confidence in the NPCA Board of Directors.


All in all it was not a good evening for Bruce Timms.


Regional Councilor and NPCA Chairman of the Board Bruce Timms calls every criticism of his disgusting outfit defamatory.

Mr. Bruce Timms and his ilk should understand that the unbelievable stories below are not defamatory; they are demeaning!

Bruce Timms and company claims to be operating their two-faced programs under orders of the Provincial Government.

Anyone, including our politicians, involved in allowing the NPCA to operate in a way that runs counter to human decency and certainly counter to Canadian Culture could be in for a huge shock!

Here is a story of a couple who did everything right to start their little business in Welland, Ontario only to be destroyed by the Niagara Peninsula Conservation Authority. (NPCA)
On top of going back to college, getting all required permits and even paying $thousands for an environment assessment the NPCA crushed them after their first few sales and on what basis?
On the basis of connected underground aquifers, a non-existent Black Gum Tree and a dead turtle skeleton in the roadside ditch.
The Laws permitting this lunacy run closely akin to the old witch-craft trials.
http://newsalertniagara.blogspot.ca/2015/01/the-barnfield-story.html


Then there is the story of a couple who made the big mistake of purchasing a so-called ‘Provincially Significant Wetland’ predicated on their love of all things in nature.
Mistake, because taking on the obligation as official PSW managers, they have suffered harassment, extortion and even malicious prosecution, which the Niagara Peninsula Conservation Authority has been known for in the past.
The Niagara Regional Government not only condones this specious conduct but they even participate by lending regional staff time and facilities including their legal department.
http://newsalertniagara.blogspot.ca/2015/02/protecting-wetlands.html


This crime story began when Conservation authority drained ‘CONSERVATION Land’ onto the White Family farm. Mr. White senior died under the strain of illicit litigation leaving Son Dave and his Mother to carry on defending their innocence against NPCA employee perjurers, who were themselves terminated for not lying good enough!
Dave complained because the CA was flooding his land. So the Conservation Authority simply changed the designation of Dave’s land to wetland and charged him and his mother with farming a wetland. After four years in court, their entire life savings was sucked out of them.
The Region’s lawyer, representing the Conservation Authority asked the judge to have Dave White and his 82-year-old mother thrown into prison for 2 years and he also requested a $50,000 fine plus costs and all this in the NPCA’s failed attempt to pad their bank account.
However, Dave had proven that the Conservation Authority had changed the mapping and the water course flow in the creeks — amongst other things — to suit their own case.
In the end, the judge saw through  the malicious scheme and chastised Niagara Region's Lawyer for using the court system as a weapon against common people.*


Another failed and costly attempt involved the NPCA in a decades long vendetta against an innocent City of St. Catharines, Ontario resident.
A cabal of so called environment protectors unleashed a tyrannical assault, not only against an innocent citizen, but also against the environment that they are supposed to protect!
http://newsalertniagara.blogspot.ca/2015/05/the-willie-wakulich-story.html


Perhaps no other story epitomizes the tyrannical predilection of the Niagara Peninsula Conservation Authority as that of Mr. Len  Greenaway's story recently written in Niagara this week Newspaper.
The NPCA cannot claim any description other than tyrannical when it accepts donated property and then cuts off common and traditional emergency water supply simply because it has acquired that power!
The NPCA has be getting away with tyranny based on framing their tyranny as conservation!
http://niagaralandowners.homestead.com/NPCA-UNfair.html


Other NPCA tyrannical activities include their attempt to destroy the last remaining 'Wetland Forest' in Niagara Falls, Ontario in favor of Rich Chinese Developers!
http://newsalertniagara.blogspot.ca/2016/09/enough-is-enough.html

NPCA Tyrants allow millions of tons of Carcinogen toxic waste to be piled hundreds of feet high within the urban boundaries of Welland , Ontario for a gift of $5million!
http://newsalertniagara.blogspot.ca/2016/06/niagaras-mount-carcinogen.html

The same NPCA tyrants that lord their authority over private citizens and their private property are the same Tyrants that build commercial banquette halls on our much vaunted UNESCO World Biosphere conservation park paid for by the same company that got away with creating Mount carcinogen!
http://newsalertniagara.blogspot.ca/2015/01/the-barnfield-story.html 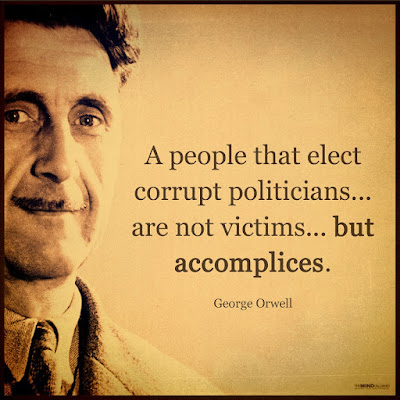 Posted by Niagara Winners Circle at 17:30