A Veil of Secrecy

Part One
Probably the first place to start is to ask; Why the secrecy? Why is there such a penchant for government officials to conduct the public’s business behind closed doors?
All too frequently we are treated to reports from the Ontario Ombudsman’s Office regarding more and more instances of our elected officials hiding something from their constituents.
From what News Alert Niagara (NAN) is able to discern is that there seems to be two distinct types of violations regarding closed door secrecy.
There are accidental violations of the closed door rules, which is understandable.
Far more disturbing is the revelation of deliberate evil attempts to conspire behind the backs of the very citizen they have taken an oath to serve. The evil improper use of the ‘Closed Door’ policy is the very reason we have rules against such violations.
Worse it is becoming clear that our authorities have learned how to get away with dishonorable conduct. Every Niagara Municipal Government, including the Niagara Regional Regime has been cited for these dishonorable violations yet there is not only a lack of teeth behind the rules but there is no apparent let-up of this abuse.
Secrecy among our authorities goes well beyond ‘Closed Door Violations’.

As a way to illustrate the seriousness of the situation (NAN) notes the following:

The Niagara Landowners Association (NLA) turned out 14 members to challenge a new by-law proposed by the Authorities of West Lincoln, Ontario aimed at stripping property owners of their property rights. 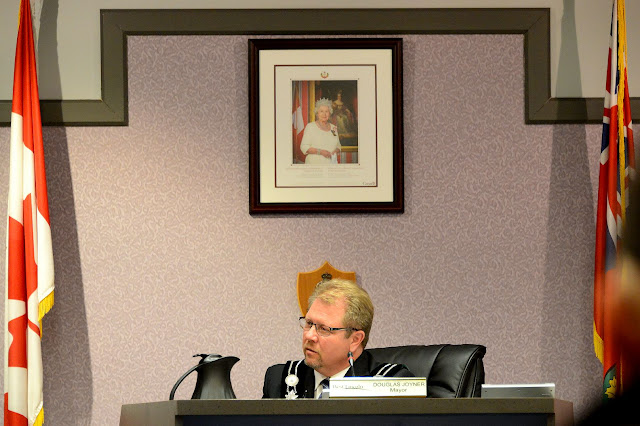 The very first surprise facing the NLA members was the announcement by ‘His Worship Douglas Joyner’, second term Mayor of the Metropolis of West Lincoln, Ontario, Canada that cameras and recording devices are prohibited at their Pubic Council Meetings! Now we find that these ‘Champions of Transparency’ have even ensconced this disgusting claptrap in the community’s official By-law  item 5.7
The question has to be asked again; Why this illegal attempt at secrecy? What are they afraid of? Are they trying to hide something from the very constituents they have SWORN to serve?
What ‘His Worship Douglas Joyner and gang’ fail to realize is that there is a posse on their trail doing their best to expose authoritarianism. Our authorities go so far as to dismiss a citizen’s attempt to hold authorities to account by using the excuse that; ‘we don’t recognize the citizen’s credentials’! But just what credentials does a Canadian Citizen need to ‘stand on guard’!
It must have come as a hellish shock for West Lincoln Councilor Terry Bell when he and his ‘TRANSPERANCY FIGHTERS’ where immediately exposed for their deliberate and arrogant violations by a lowly Citizen ‘standing on guard’! 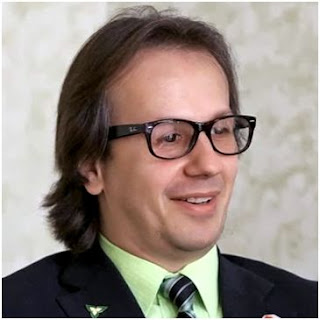 ‘His Worship Douglas Joyner and gang’ were well aware that citizens of the municipality were against having their property rights taken away from them so the Tyrants deliberately attempted to boost their chances behind closed doors.
However, ‘His Worship Douglas Joyner and gang’ didn’t count on the veracity of Citizen Stefanos Karatopis (Pictured Left) who, as a member of the Niagara Landowner Association, has been continually battling authoritarianism for years.

Comments are welcome below...

Posted by Niagara Winners Circle at 11:24