And just what has history taught us? Perhaps the most significant single hoard of work outlining the rise and fall of the world’s greatest civilizations was compiled by German Philosopher Oswald Spengler and published early in the twentieth century under the title;  ‘The Decline of the West’.

Spengler's civilization model postulates that any civilization is a super organism with a limited lifespan. They were born, evolved into "civilizations" after they matured and their critical impulses overcame their creative imperatives and they inevitably died.

Ample evidence of Liberal Fascism resides in the realm of constitutionality; the rules dictating ‘the way things ought to be’ as created by people of good intentions as in ‘creative imperatives’.

The critical impulse phase, which Oswald is referring, is manifest as government morphs from governing to manipulative control (Fascism).

According to my dictionary fascism is socialism with a capitalist veneer!

There are a number of fascist and tyrannical traits appearing in our Ontario Government such as ‘police officers Licensed to kill’, ‘Dissolution of Rights’, ‘Corruption’, ‘Abuse of Power’ and ‘Breach of trust’ not to mention justices with ‘Prejudicial Predilections’ and ‘failure to apply laws fairly’ when applied to ‘Fascist Leaders’.

We have fascists creating hundreds of thousands of new laws in their tyrannical drive to garner more money to cover their tax and spend wants.

We are fast approaching the stage of the ultimate inversion: the stage where the government is free to do anything it pleases, while the citizens may act only by permission; which is the stage of the darkest periods of human history, the stage of rule by brute force.

If the highest law in the land says a property owner has property rights as dictated by a crown instrument known as the land patent grant, then how and when did lower courts (or anyone else) get to say otherwise?

When rights are to be traded, dissolved and/or manipulated you may know that you have no rights and that you are in the clutches of a Fascist State.

Consider this: The reason that Ontario is turning Fascist is because the voter is complacent and not paying attention. 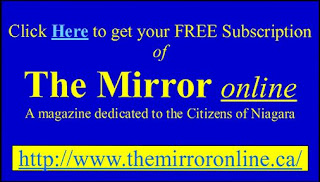 Posted by Niagara Winners Circle at 13:20