What is going on with the Niagara Peninsula Conservation Authority?

Only 1 day after the devastating NPCA Board Meeting Preston Haskell of ‘News Alert Niagara’ (NAN) ran into a similar situation at the Community Liaison Committee Meeting (CLAC).

As many people are aware, Haskell uses a recording device to take notes at public events predicated on physical reasons.

Recording of the meeting was producing very little in the sparkling news department until Co-Chair Jonathan Whyte, representing developers on CLAC spotted the recording device. Click Here to listen to recording.

Other than the fact that the minutes of the meeting held no resemblance to the recording of the meeting only signifies that there could be something amiss.

The only thing slightly newsworthy was the part of the recording revealing the character of Co-Chair Jonathan Whyte (Developer) and CAO of NPCA Carmen D’Angelo.

It was enlightening to hear CAO D’Angelo counseling people NOT to make comments in a public meeting. Mark Bicknell then refused to make his presentation as advised by D’Angelo.

The whole episode is very disturbing to watch while these public figures try to dictate what and how media can or can’t do in a public forum and that a camera or a recording device for taking notes, which is used by many news and information outlets universally without censor, can derail a public meeting of so-called citizen advisers; Citizen advisers that are under pressure to sign a non-disclosure contract over secret advise.

Should 'News Alert Niagara' be flattered that the leaders of CLAC worry about not being able to control this media's ethics?

Could it be that it is the conduct of the NPCA toward private property owners that makes them prefer to operate in secret!

For the benefit of Mr. Jonathan Whyte, he and anyone else is invited to visit ‘News Alert Niagara’ or ‘the MIRROR on line’, where they can examine our ethics and are allowed to comment under each and every News Alert Niagara article.

Posted by Niagara Winners Circle at 22:14 No comments:


Here we go again! Charged with illegal trespass and forced removal from a public meeting in a publicly owned space in a publicly owned edifice for the crime of quietly taking a photograph. It is not a crime and is a violation of Charter rights to prevent anyone from doing: Photographing/Filming in any public place, or in any private place to which the public is admitted.

Now didn’t we just have a November 12, 2015 court judgment handed down by THE HONOURABLE MR.  JUSTICE R. J. NIGHTINGALE?

Preston Haskell was attending a public meeting along with fellow members of the Niagara Landowner Association and members of the Welland River Property owners.

However, the assumption being that the place was public and without recognizable limits of access or travel, there should never have been an issue.

People in public, including guest speakers, have no expectancy of privacy from recording or photography.

Haskell is the publisher and editor on ‘News Alert Niagara’. He also publishes a quarterly magazine ‘The Mirror on line’ and assists with The Niagara Landowners Association website. 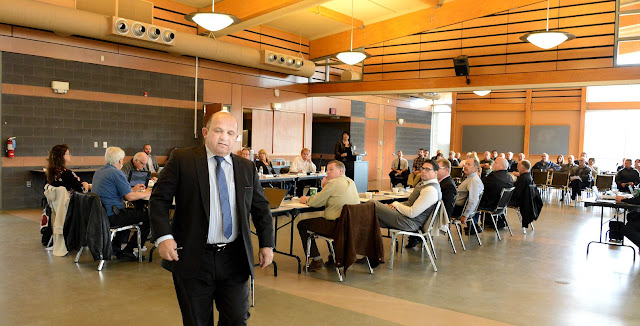 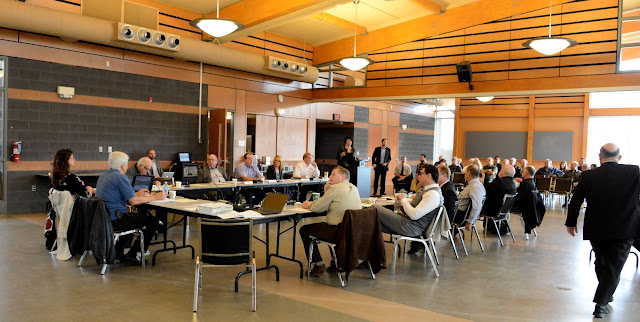 Haskell spoke to no one on the NPCA until CAO Carmen D’Angelo spoke to him. D’Angelo made a successful  grab for the camera whereby Haskell warned him not to touch his camera or lay his hands on him.

It was made clear that the camera was an excuse for them but they did not ask him to leave the premises. 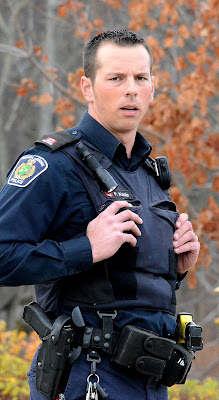 Haskell was only asked to leave when police officer P. Koole ordered him to leave or be handcuffed, arrested and taken to jail! For what?

Officer P. Koole grabbed his arm and forcibly escorted him out of the building. After ordering him off the property and telling him that this was private property he issued him a $65.00 Ticket. But Officer P. Koole couldn't or wouldn't tell Haskell what he had done wrong. Nice!

When Haskell asked officer Koole why he used so much force he told Haskell he could apply any amount of force necessary. Haskell says he 'is surprised that a NRP officer has the right to use whatever force necessary on an any citizen before determining guilt or wrongdoing or any reasonable or probable Grounds'!

NRP officer stated twice that he knew what he was doing!

Mr. Haskell is known for not disrupting public meetings to which he has attended many in his effort to attain news. This meeting was no exception!

NPCA communications direct Mr. Kevin Vallier,   Manager, Development & Communications, (pictured on right) said pictures were not allowed because the speaker had not ‘Given permission’ even while she was speaking publicly.

It was revealed that it was Valliers that summoned the police on D'Angelo's order.

After their extraordinary treatment of an attendee in a public meeting, the preposterous excuse given by NPCA Chairman of the board, and Regional Councilor Bruce Timms was 'We don't recognize his credentials'.

Mr. Timms is well known for his brilliant remarks such as:

Perhaps it's time to look at the credentials of the NPCA management and examine their admitted and continued abuse of Private Property Owners.

Seems to be very easy to have your rights violated and worse to be violated by a conservation authority with the reputation of NPCA Oath Violators. 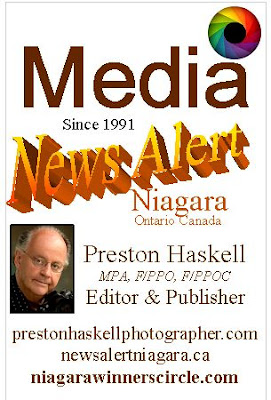 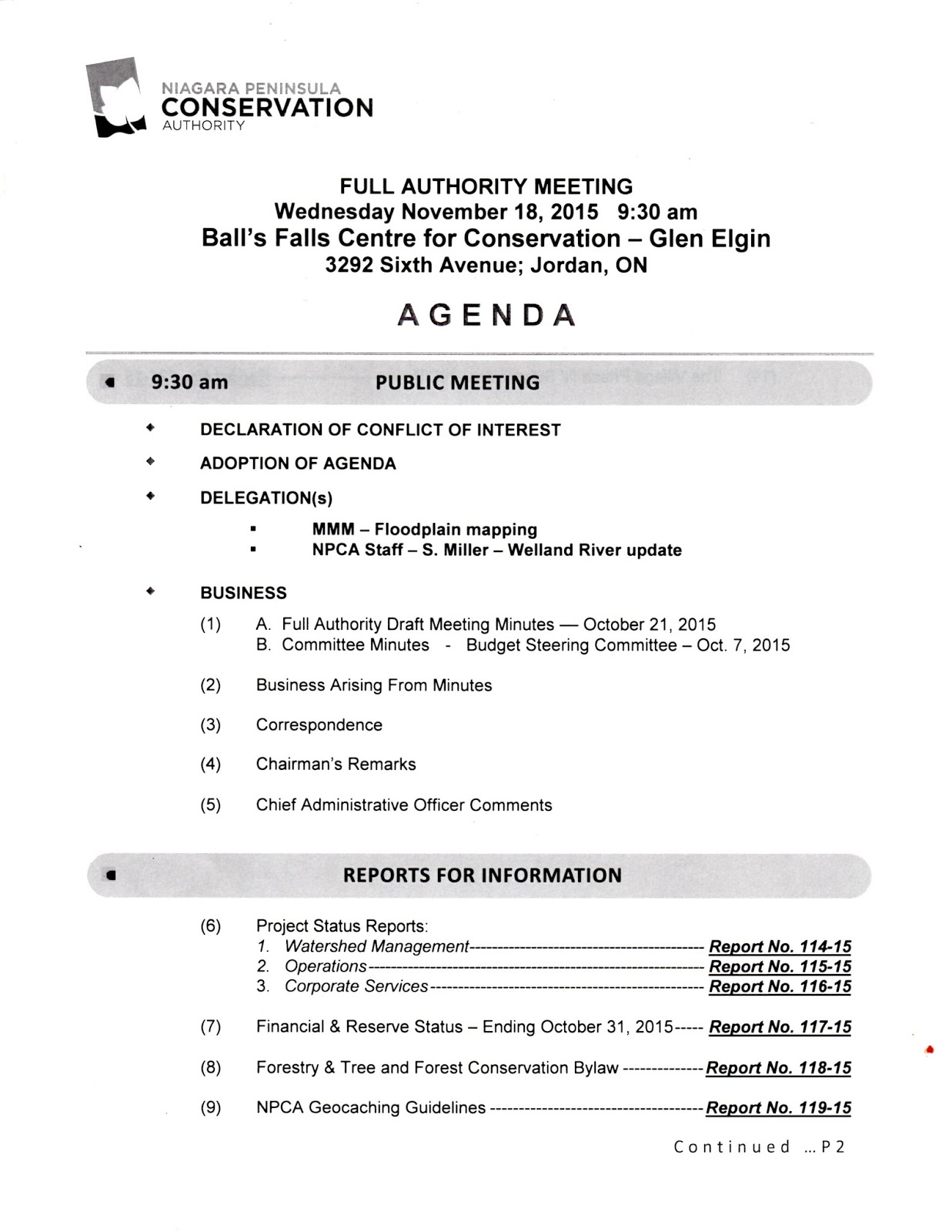 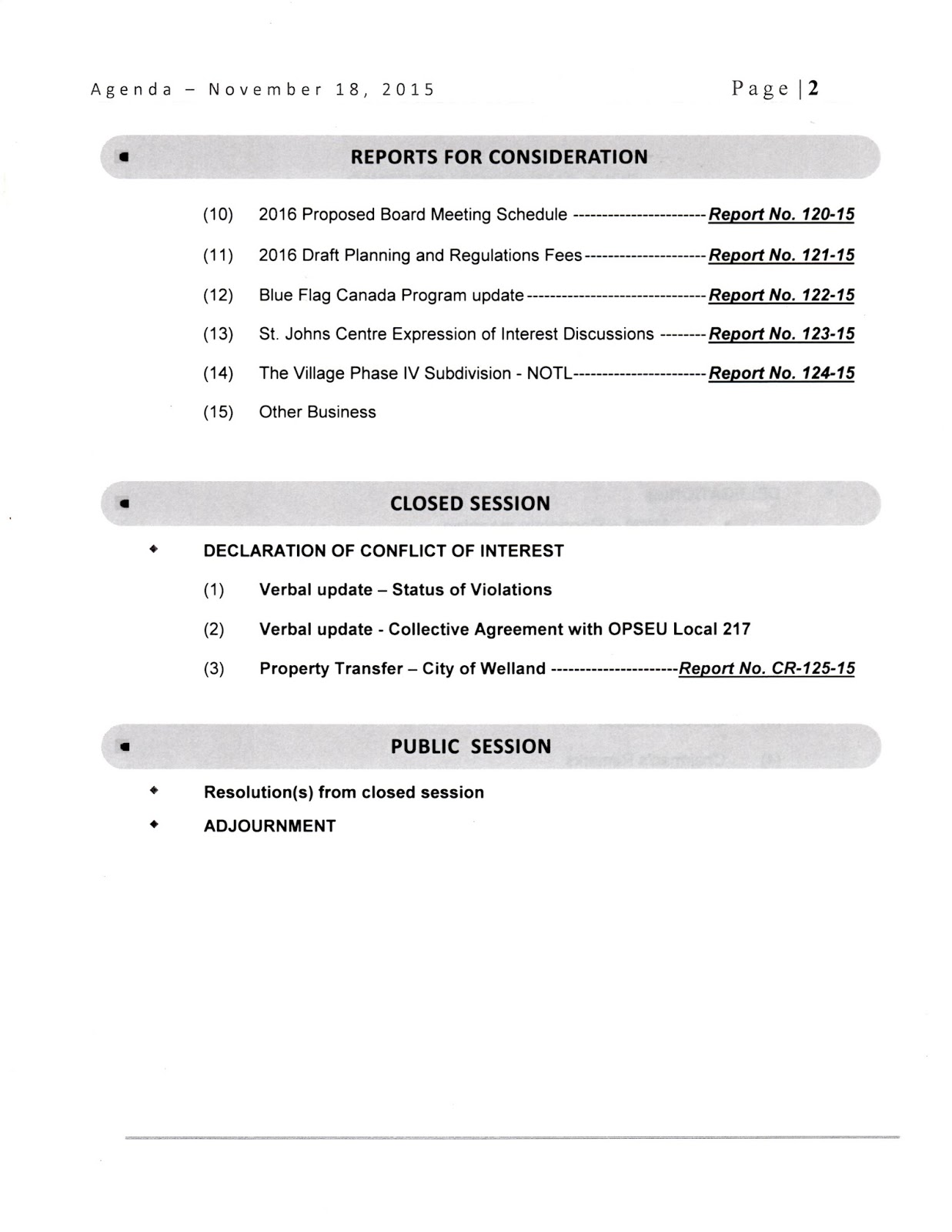