More Plans from the Conservationists!

Here we go again with more self-serving hyperbole emanating from the overabundance of ‘concerned’ agencies feeding off the taxpayer, we would like to point out that there are a few flies in their ‘water-smart’ ointment.
When the Niagara Winners Circle raised the alarm about toxic pollutants flowing into our ‘DRINKING WATER’ source, the Niagara Regional Authorities were so alarmed that they immediately took action by hiding behind their ‘Freedom of Information’ law. Their primary interest seemed to be more in covering their own backside than investigating the cause and effects of a reported toxic pollution dump. 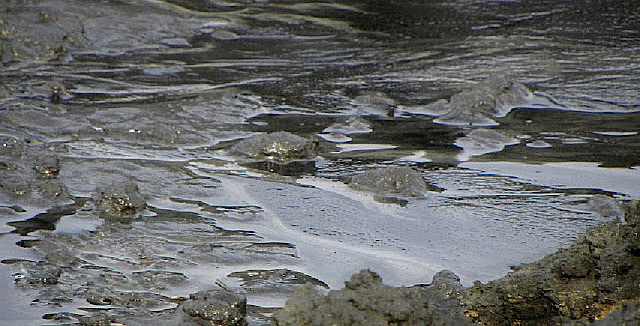 
Regional bureaucrat Mr. Ken Brothers claimed that half a million tons of toxic soil was someone else’s problem. Bureaucrat Brothers has thus far refused to divulge the location of the toxic soil.


http://newsalertniagara.blogspot.ca/2012/09/pollution-alert.html
Region’s Health Officer, Dr. Jaeger’s solution to pollution is dilution. The poison water traveled down the same twelve mile Creek, admirably photographed in the NAL article, and poisoned the feed that killed 15 beautiful Swans. Perhaps it didn’t get diluted enough before in poured into Lake Ontario.
http://newsalertniagara.blogspot.ca/2012/11/watersmart-niagara-how-does-that-work.html
Remarks by Jim Bradley are rich coming from a man, who was also the Minister of the Environment, during the Walkerton disaster when the town’s water well was allowed to be placed downhill from a manure yard.
Bruce Timms, Chairman, Niagara Peninsula Conservation Authority was already a long term Regional Councillor when the NWC reported a serious toxic pollution dump that no one at the Niagara regional Government, including Councillor Timms, wanted to hear about.
Could it be that the many ‘PARTNERS’ of Niagara’s authorities only care about pollution when they are not to blame or when it emanates from non-government sources?
Many speculate that any plan emanating from this ‘justifier of  existence’, will support ‘empire building’, while diminishing the rights of Niagara’s hard pressed taxpaying citizen.

Who are the Conservationists?

Well the common belief is that they are the folks that oversee the health and welfare of our beautiful natural environment. We are lead to believe that they protect us from the hazards of pollution.
They would have us believe that under the incompetent Ontario Ministry of the Environment they are the conservators of clean fresh water, pristine woodlands and immaculate meadows.
If we're stupid enough to believe they are, what they say they are, then we could be accused of  being more than a little bit gullible.
Ask yourself, or better yet, ask them just what they have done to fulfill their mandate that they are getting paid for? Ask if our outdated sewage lagoons are still pouring semi-raw sewage into our fresh water sources, polluting our beaches and fouling our water intakes. 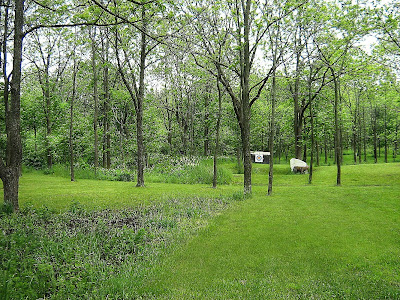 Ask them why they’re trying to financially  destroy a family with fines accumulating into the $Millions.
And just what were the outrageous and egregious transgressions perpetrated against mother nature to warrant the attempt to ruin this family and deprive them of their very property?
Where the fines really imposed predicated on his efforts to carefully husband his land at the top of the Niagara Escarpment?
These conservationists were concerned that an archery school was being conducted in the very  impressive woods this family created! 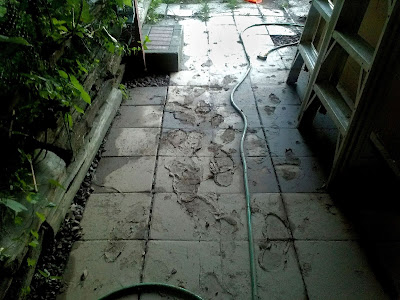 Juxtapose the  conduct of these so-called conservationists with their refusal to even hear from a family that suffered from a business that graded the top of the Niagara escarpment to such an extent that it causes their home below to  continually flood with mud.
But why should we be surprised by anything from a group that would give permission to the folks of a former ‘roadhouse’ to operate a B&B as long as they didn’t hire help?
A group that tells a family that they can’t sell their produce at the roadside.
A group that refuses to act on toxic pollution information unless the pollution is the responsibility of anyone other than that of government, their friends and especially their ‘partners’.
A group that builds commercial meeting rooms and banquet halls on the Niagara Escarpment and the UNESCO World Biosphere Park conservation area. Many speculate the banquet hall is just a ruse to quietly create an ‘unwanted’ headquarters in that same pristine conservation area. They are already using their conservation location for clandestine business purposes in an effort to improperly hide their conduct from the public.

According to Environment Canada the veracity of everything thing under the control of the Ministry of the Environment has become suspect.

Now we are actually observing our failing and expensive conservation bureaucracies being used as employment vehicles for insiders practicing nepotism.

Posted by Niagara Winners Circle at 12:28 No comments: