During the summer of 2015 I received a report from a Niagara Landowner association (NLA) member regarding the plight of 78 year old farmer, pastor and 20 year operator of private local food bank Mr. John Tobey. The NLA member’s report and the Tobey log can be viewed here.
http://niagaralandowners.homestead.com/Rights-Deniers.html

I met with Mr. and Mrs. Tobey at their farm and with their permission I was free to roam around with my camera. With every step and with every click of the camera I thought of every charge that the municipal ‘Money Finder’ dumped on the Tobey’s. I burned at the thought that a municipality would treat an upstanding octogenarian couple as though they were some low-life criminals to be milked for their cash.

Realizing that the municipal gang had the Tobeys corralled by a squalid legislative system that does not apply to private property owners. To the chagrin of financially strapped provincial, municipal and conservation authorities, private property rights fall under COMMON LAW.

If the highest law in the land says a property owner has property rights as dictated by a crown instrument known as the land patent grant, then how and when did lower courts (or anyone else) get to say otherwise?

But they do and it gets worse!

All this made me swear to myself that I would attend the ‘final sentencing’ court hearing on September 15, 2015 in Cayuga, Ontario.

I attended the Cayuga Court of Legislative Law and found that indeed things did get worse; much worse!

Mr. Tobey’s lawyer showed up and began talking to Mr. Tobey about his penalty phase for missing one of his 19 court dates, some of which were canceled by the court without notice.

I asked his lawyer, Robert Yanch, why Tobey was charged under legislative law, which does not apply and that ‘he shouldn’t even be here’. Lawyer Yanch asked ‘what country I come from?’ He seemed to be oblivious as the meaning; Crown Patent Grant.

Let me describe the tiny courtroom. The justice sits facing us; then 2 ladies facing each other followed by the opposing lawyers facing the bench and then the spectator gallery that seats 10. In fact I had to sit so close behind the defense lawyer that I was struck by his chair as he stood up. Mr. Tobey sat, slumped to my left; two NLA members sat behind against the Wall and a retired OPP Officer sat with his back to the wall across the aisle supposedly as security!

Then it really went downhill when Tobey’s Lawyer, Robert Yanch and Lawyer Patrick Mahoney began to speak in such hushed tones that the spectators had no chance of following the proceedings. Could it be that they were concerned with an audience or the fact that NLA members were present? Perhaps their possible concern regarding witnesses to their modus operandi would explain their wanting to turn the November 20, 2015 Court date into a private telephone set-up to conclude their business of relieving Mr. Tobey of $10K.

Aside from the novelty of trying to avoid witnesses to their shabby treatment of Mr. Tobey; it could be accepted that Mr. Tobey’s Lawyer Mr. Yanch, who appeared not to be aware of the Crown Patent Grant and/or that it should be considered, might, by some stretch of the imagination, be absolved of this part of the equation.

But what about Lawyer Patrick Mahoney standing there advocating for the penalty even before the court concluded its findings?

Patrick Mahoney has his name on the shingle of the largest and most prestigious law firm in St. Catharines, Ontario! The law firm of Sullivan Mahoney actually involve themselves on both sides of cases regarding Land Patent Grant issues. 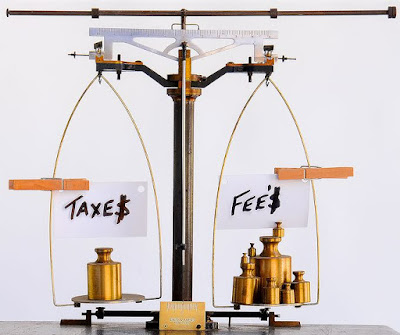 Could it be that because Lawyer Mahoney is well acquainted with court rulings upholding Crown Patent Grants, he now wants to speed up the Legislative Law process to get to Mr. Tobey’s money?
Noticing Lawyer Patrick Mahoney ranging far and wide to act as Crown Collector raises the specter of Matthew Hopkins, Witch finder or persecutor Javert in Victor Hugo’s Les Miserables.

It also raises the question as to why a respected Lawyer like Patrick Mahoney would stoop so low as to become a money collector for a municipality that would act the way this municipality has acted toward Mr. and Mrs. Tobe.

Even if the Legislative Law did supersede the federal Crown Land Patent, which it does not, according to higher court rulings, this type of action toward so many innocent Canadian Citizens, is nothing short of criminal and should be investigated.
Posted by Niagara Winners Circle at 01:02 1 comment:


Well there you have it! More bovine waste from socialists!
They are crying the blues regarding our Niagara Regional Council not wanting to waste $tens of thousands on a so-called Integrity Commissioner, who may or may not have personal integrity.
What the socialists are looking for is an opportunity to make false accusations against any councilor who ‘rocks the boat’ by going about his or her duties of looking after his constituents. Instead they prefer big spenders and wasters! These socialists value socialist councilors who side with the ‘good old gang’ of the former ‘Niagara Regional Country Club’.

David Siegel is the interim Dean of the Faculty of Education and a Professor of Political Science at Brock University who leans on his BS., MS., Phd., to make his case that Regional Council should take ethics seriously.

But where is the ethic in using every trick in the book to shut down an aggravating councilor predicated on political, religious and ethical views?

Worse, where is the ethic and intelligence in spending good money after bad to hire unethical integrity commissioners as was done in the Bob Hansplant case?

And where is the ethic and intelligence in wanting another integrity commissioner like the last one who was forced to investigate, at great expense, bogus and specious socialist complaints. How well did that work out?

And where was Prof Siegal for the last 4 decades of what he must be assuming was this Niagara Regions spectacular leadership.

Professor Siegel erroneously stated that Ombudsmen Marin retired when in fact he was fired for doing a good job by a Fascist Liberal Premier who is not!

Perhaps Professor Siegel would be well advised to vary his sources of information.

Grant Lafleche is the ‘burning Smart’, longtime, award-winning reporter at the ‘left leaning’  St. Catharines Standard, owned by POSTMEDEA Corporation; the largest media in Niagara controlling all three daily newspapers and now wants to control everything political, without actually running for political office!
LeFleche will use his position and POSTMEDEA influence to ensure that only socialist tax & spenders hold the Regional chair.
His obsession with destroying one conservative councilor is evident in his dozens of always negative and acerbic columns.
The tragedy and shame lies in the fact that the object of Grant LaFleche’s obsession is never given credit for the many things that have been accomplished and the $millions saved.

The integrity commissioner was forced to investigate and the taxpayers were forced to pay and all for naught. All because of BS., MS., PHD!

Posted by Niagara Winners Circle at 01:06 No comments: 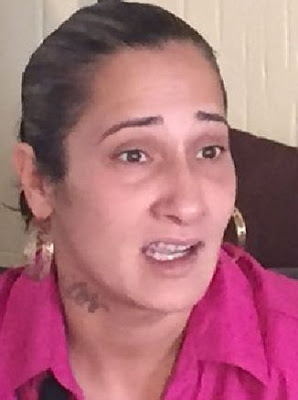 Dashcam video shows Tampa police officer slamming women to the ground for having a tinted license plate.
TPD originally said video didn't exist and officer turned off his microphone before arrest.
http://wfla.com/2015/08/21/tampa-police-officer-body-slams-mother-of-4/
The saddest thing of all is that there are a large number of good honest and decent cops out there who are put in jeopardy of backlash by bully cops.
No longer there to protect and serve but to subdue and corral the blind masses and the ‘Oath Keepers’ are the ones that need more support against the brainwashed thugs. 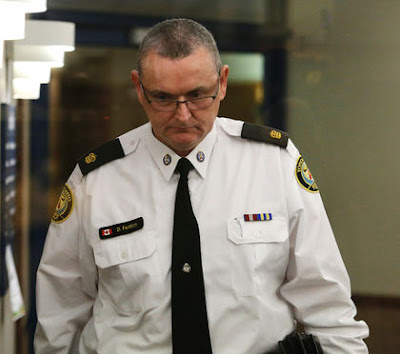 But is police Supt. Mark Fenton Simply a fall guy for top brass who have escaped scrutiny for there thuggish conduct.


“Mark. I get it and support what we were doing. This is a level beyond you and I,” read an email presented at the hearing from former staff superintendent Jeff McGuire to Supt. David (Mark) Fenton on June 28, 2010, hours after Fenton ordered mass arrests.


How convenient that both former chief Bill Blair and his deputy Tony Warr have retired, with neither compelled to testify.

Why do folks not understand the connection between police brutality and the escalating public backlash?


Unfortunately it’s the actions of a few bad cops that have a great deal to do with painting a target on the back of predominately decent police officers.

Google ‘Police brutality’ where you can spend many hours witnessing bad cops promoting hatred toward our police services.


Unwarranted bully tactics against a single citizen creates how many haters of police? Should it surprise anyone to think family and friends might take umbrage with bullying?


And just where do those in charge think this conduct will lead?

Question: Is there a shortage of good men and women qualified for the job and what kind of people will apply if the situation escalates?


To nip this squalid activity in the bud surely it would be appropriate to dismiss convicted cops that bully and/or perjure themselves.

Who needs cops that beat a citizen into a three day coma for not producing ID?


How does Nick Zaidenko’s family and friends feel about our police system now?

Niagara Regional Police at it's BEST

Posted by Niagara Winners Circle at 18:43 No comments: